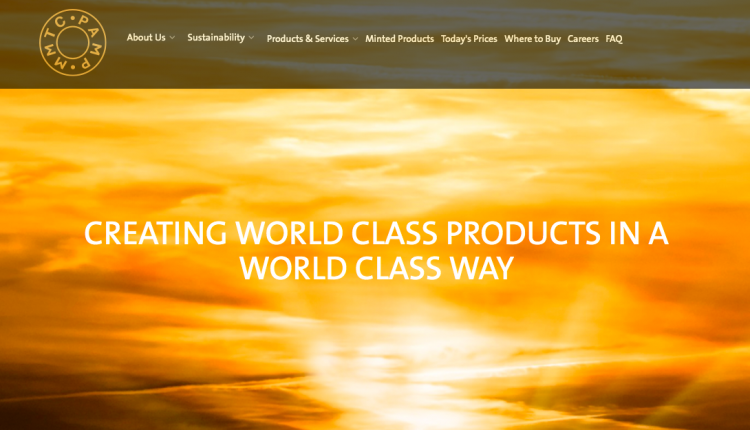 Raksha ‘Bandhan’ a ‘Timeless Bond’: A Digital Initiative by MMTC-PAMP

5th August, News Delhi: To celebrate the timeless bond between brother and sister this Raksha-Bandhan MMTC-PAMP – India’s first, largest and only London Bullion Market Association (LBMA) accredited Good Delivery Gold refinery with 22feet Tribal Worldwide (the digital solutions agency part of the DDB Mudra Group) has unveiled an innovative and heart-warming digital campaign ‘Raksha is Timeless’ to redefine the eternal bond. The nuclei of this initiative is to exemplify the true essence of this beautiful festival that cherishes the relationship of a brother and sister.

The new normal has redefined the way of lives where security and assurity have become more fundamental to human decisions and paramount more than ever before. This campaign ardently follows the true meaning of the festival and accentuates on how Raksha Bandhan is just a day in the year and Raksha is Timeless. Through this initiative, the team at MMTC-PAMP would like to raise awareness of how brothers can adhere to their duties by purchasing 24K & 999.9 purity ‘Digital Gold’ through a cohesive monthly plan of just Rs 100 for the long-term financial security of their sisters. The digital campaign can be followed by #RakshaisTimeless over the Indian social media.

Commenting upon the launch, Vikas Singh, Managing Director (MD) & Chief Executive Officer (CEO) of MMTC PAMP, said, “We would like to thank 22feet Tribal Worldwide for conceptualizing this campaign to highlight the timeless bond between brother & sister and through the campaign highlight the real meaning of Raksha that goes beyond just a day. We believe that financial security is a perfect gift a brother can give his sister. MMTC-PAMP has created one of the world’s first gold ecosystems and brings to India the largest state-of-the-art refining capability.  At MMTC-PAMP, we are constantly attempting to revolutionize the investment purchases and the way in which our customer engages with our products. Our Gold and Silver products are of the highest quality and have become the de-facto benchmark in the Indian market.

At a time when precaution and safety of all plays the crucial role, MMTC PAMP has stepped up, to make financial security for your beloved sister not only easier but a lot more innovative.  Our technology-fuelled innovations make sure consumers find the best while staying within the safety of their current locations. It is a privilege to be a part of such a powerful heritage and team, and together the possibilities are immense for us to build on this legacy and continue to establish ourselves as an integral part of our customers lives.”

Ashutosh Sawhney, Managing Partner, 22feet Tribal Worldwide, says: “Most brands usually tend to see moment marketing as a moment in time when brands can leverage either just that moment or a build up to that moment. What we tend to miss is the opportunity to engage with people in a medium to long term through some of the fixed moments. In Rakhi, MMTC-PAMP saw an opportunity of not culminating something at Rakhi day (which most brands would do) but instead, starting something with it. Given the brand’s strategic task ahead for building a new habit of investing in digital gold, we felt that we can extend the single occasion of Rakhi into an emotion which is timeless. Un peeling the simple insight of Rakhi being a day in time amongst brothers and sisters but the emotion of Raksha being a present continuous one gave us the opportunity to get consumers to start a gold saving plan on behalf of their sisters. All this is made possible because the entry into buying digital gold is at an extremely small price point and the reason for saving for your sisters is a very large one.”

Since the launch of ‘Digital Gold’ by MMTC-PAMP, they have registered about eighty million accounts on various fin-tech payment apps and institutions. An ode to today’s 21st-century digital world- ‘Digital Gold’ has changed the perspective of modern consumers who can buy gold at a price as low as Re 1. It has received widespread acknowledgment for redesigning the precious metal landscape in India by providing a more accessible, responsible and transparent gold investment.

The campaign is live on the official Facebook page of MMTC-PAMP Pvt. Ltd. from this Raksha Bandhan i.e. 3rd August 2020.

The team behind the campaign:

MMTC-PAMP India Pvt. Ltd. is a joint venture between MMTC (GOI undertaking) and PAMP (a Switzerland based independently operated precious metals refining and fabricating company).  The company is India’s first and only London Bullion Market Association (LBMA) Good Delivery refinery accredited for both gold and silver, having met LBMA’s stringent standards across the production cycle for precious metals. Since its inception, MMTC-PAMP has redefined the Indian precious metal industry by introducing state-of-the-art, tech-savvy refining facility in the historic Mewat region of north-western India.

DDB Mudra Group’s belief that creativity is the most powerful force in businesscomes alive in our partnerships with over 200 brands. Our agency brands include DDB Mudra, 22feet Tribal Worldwide, OMD Mudramax, Interbrand, Track and TracyLocke. Ranked as one of the Top 20 creative agencies globally by WARC, we are one of India’s most awarded creative companies with back-to-back wins at Cannes Lions 2018 & 19, No.2 at Effie India 2020, winner of Grand Prix at Spikes 2019 and golds at WARC & WARC Prize for Asian Strategy. http://ddbmudragroup.com/

Leadership Attributes To Be A Successful Entrepreneur