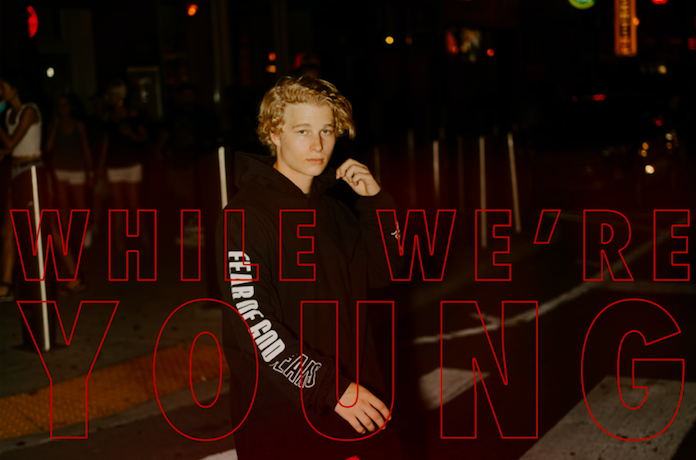 NASHVILLE, TN (August 05, 2020) — 2020 is proving to be a monumental year for up and coming Houston musician Andersen Hugh with the release of his third single “While We’re Young” on August 21st. The single serves as the lead for his debut EP “Manifest” available the following week on August 28th. Hugh’s ability to tread the tricky tightrope between pop and a grittier, urban sound creates a fresh, contemporary vibe for his new single and EP.

“I am so excited about ‘While We’re Young!’” Hugh says of the upbeat, new single. “It was so much fun to record. The entire song is a party so we literally had a party atmosphere in the studio and enjoyed the night recording.  The end result is the creation of a new anthem for our next generation.”

The new single’s “You Only Live Once” mentallity commemorates the wild joys and freedom that come with youth and was inspired by wanting to break free from the stress of growing up and becoming an adult.  “I want this song to be a way for listeners to get away, even for just a few minutes, from all we are going through today with COVID-19, not graduating, and every other unsettling current event happening. Sometimes we all, no matter the age, need to “get lit” and have some fun!”

The release of Hugh’s EP “Manifest” fits the carefree, young at heart theme of its lead single serving up a balanced mix of material from danceable party anthems such as “While We’re Young” to the sensual fan favorite “Explore.” In addition to “While We’re Young” and “Explore,” the seven song EP features the track “Options,” released earlier this year, along with new songs “You,” “Valentine,” “Mirror,” and “Hot Hot.”

Though this has been a busy year for Andersen Hugh, he shows no signs of slowing down. In addition to music, the multitalented star is exploring acting, having trained at UCLA and recently received a scholarship to the New York Film Academy in Los Angeles. Connect with Andersen on Instagram and Spotify to keep up with his latest projects.

Raksha ‘Bandhan’ a ‘Timeless Bond’: A Digital Initiative by MMTC-PAMP