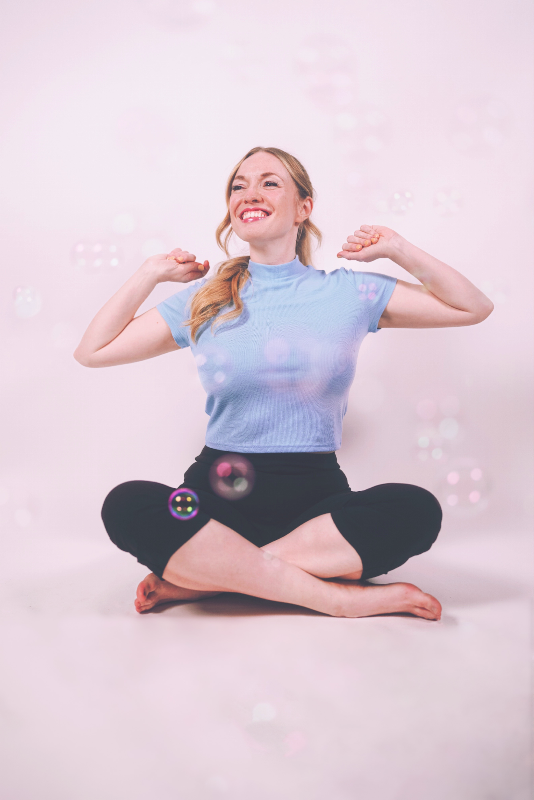 Emily Henry is a DC-based singer-songwriter who performs her own personal brand of elegant, emotional indie pop. Known for her powerful yet sweet vocals and an authentic musical instinct, she has been compared to artists such as Joni Mitchell and Sylvan Esso.

In the upheaval of 2020, Henry took her music to the wide world of livestreaming and has built a strong online community on Twitch.tv, where she hosts live concerts three times a week for a growing audience from all over the world.

As a child, she began writing songs as soon as she was old enough to communicate. Enthralled with reading, storytelling, and fantasy, young Emily Henry would write melodies to the poems and lyrics recited by her favorite characters.

Her debut EP, Matchsticks, brilliantly showcases Henry’s angelic vocal strength while taking her music down a slightly darker, more mysterious road. The songs of Matchsticks unearth the complex emotions hidden inside stories both fictional and true, the spoken and the unspoken, in the little moments and in the big, transformational turning points — all done with a light folk-infused touch and a razor-sharp pop sensibility.

Emily Henry’s sophomore outing, The New World, is an eight-track collection of dynamic pop songs oozing with an atmospheric haze. Finding inspiration in “stories about love and magic and what it means to be a person,” the full-length album is “all about vulnerability and connection, feeling your way in the dark toward something new,” says the songwriter. The result is a brilliant collection of enrapturing tunes that gained critical acclaim from the likes of Earmilk, who called her music “deeply mesmerizing”, and LADYGUNN, who said Emily Henry has “a flair for strong visualizable songwriting”.

Her upcoming single “How It Feels” is a celebration of falling in love, inspired by the romance between the main characters of the queer pirate rom-com Our Flag Means Death. She confides, “It’s a love story between two middle aged men, both of whom are finding something good and real for the first time in their lives. Their fumbling romance is sweet, awkward, hilarious, and deeply relatable.” The pop track was completely funded by her dedicated Twitch community and is set for release November 21st.