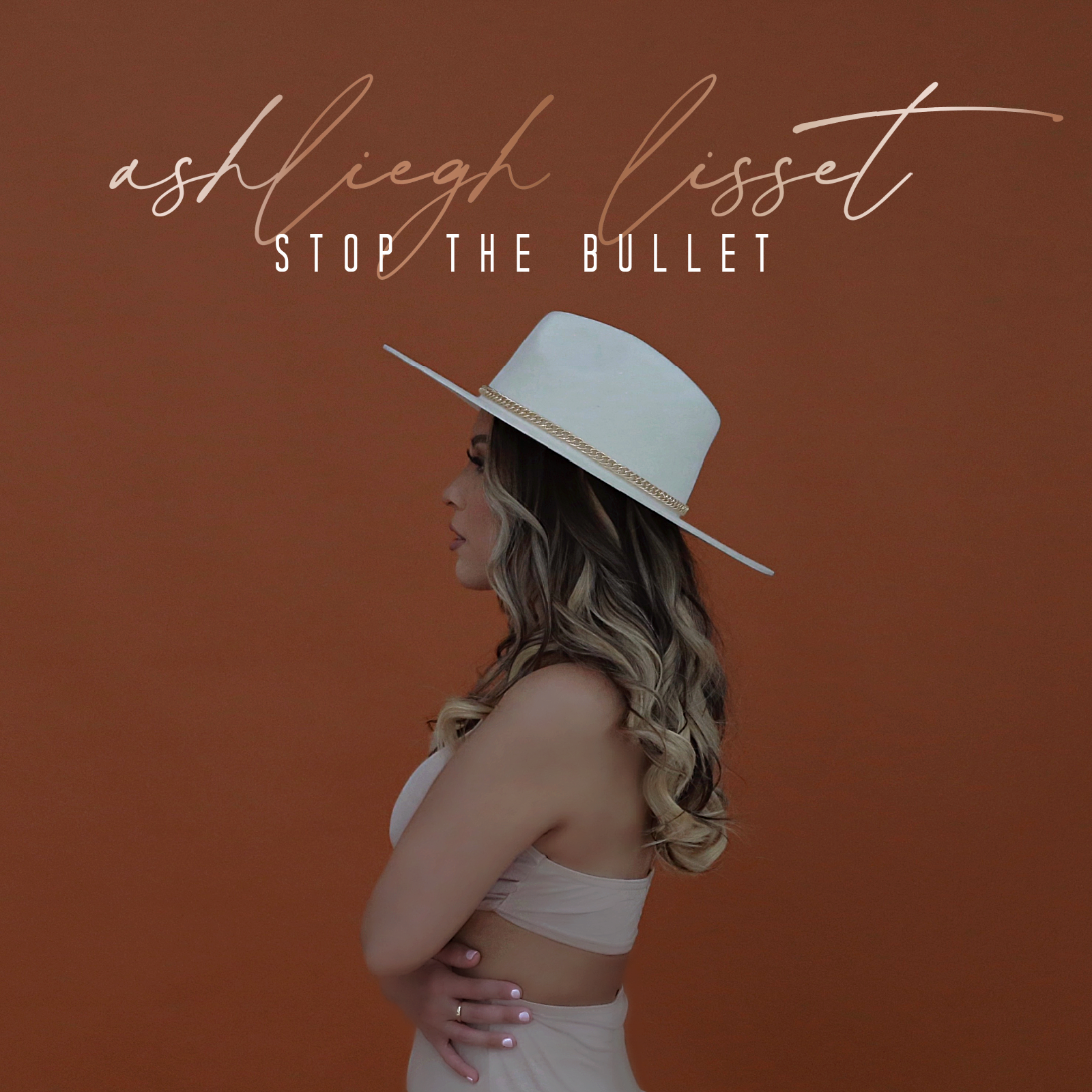 With relatable lyrics like hold on heart, don’t speak yet, if you do you might say something you regret, “Stop the Bullet” is sure to be a hit amongst fans.

“I’m so excited to finally share what I’ve been working on,” Ashliegh, who has spent the last year co-writing and traveling to Nashville, explains. “It’s been a long time coming! This music is everything I dreamed it would be, and the moment I heard Stop The Bullet I knew it was the first single – the lyrics, the music…everything about it. I hope you all love it as much as I do! A BIG thank you to Liz Rose Music for allowing me to cut it, Eric Legg for mixing and producing, as well as the writers: Phil Barton, Emily Shackleton, Adam Argyle, Victoria Banks.”

Independent singer/songwriter and Texas native Ashliegh Lisset has always had a love for music. As a young girl, she would roam around the house with her iPod, singing along to her favorite artists.

By the age of fifteen, Ashliegh knew she wanted to pursue a career in the entertainment industry. She began making trips to write and record in Nashville, Tennessee, determined to follow her dream. “I found so much comfort in music,” she explains. “It definitely helped me heal during some of the darkest moments of my life. When I’m feeling down, I can write about it and get all of my emotions out.”

In 2014, Ashliegh released her first single called “Kill the Headlights.” Not only was the song co-written by songwriting superstars Luke Laird and Hillary Lindsey, but also by Ashliegh’s idol – Carrie Underwood. The song spent eight weeks on The Highway’s “Top 30” chart and was featured on Billboard’s “Top 100” chart. “Kill the Headlights” sparked a talent deal with the William Morris Agency, crossing yet another career milestone off Ashliegh’s bucket list.

In 2016, Ashliegh released her next single, “Goodbye,” co-written by country music sensation Kelsea Ballerini. The song gained recognition by CMT’s Cody Allen, which prompted Kelsea to tweet how happy she was that the song found a good home.

Ashliegh went on to release “Daughter of an American Hero” in 2019, honoring her late father. When Ashliegh was just eleven years old, her father, who was serving his second tour for Operation Iraqi Freedom, was killed in the line of duty. The song received positive reviews from several news outlets and Ford featured Ashliegh in its Military Truck Month commercial. Ashliegh is currently an ambassador for the Folds of Honor organization and shares her story to help encourage others.

Through all of her triumphs thus far, Ashliegh still maintains her humble, passionate and kind-hearted nature. “I hope my story will help people overcome obstacles and inspire them to pursue a dream.”

The Dirty Shirts Is Back With A New Dance Floor Rock n Roll Single, “Shake,” From Their Upcoming Album