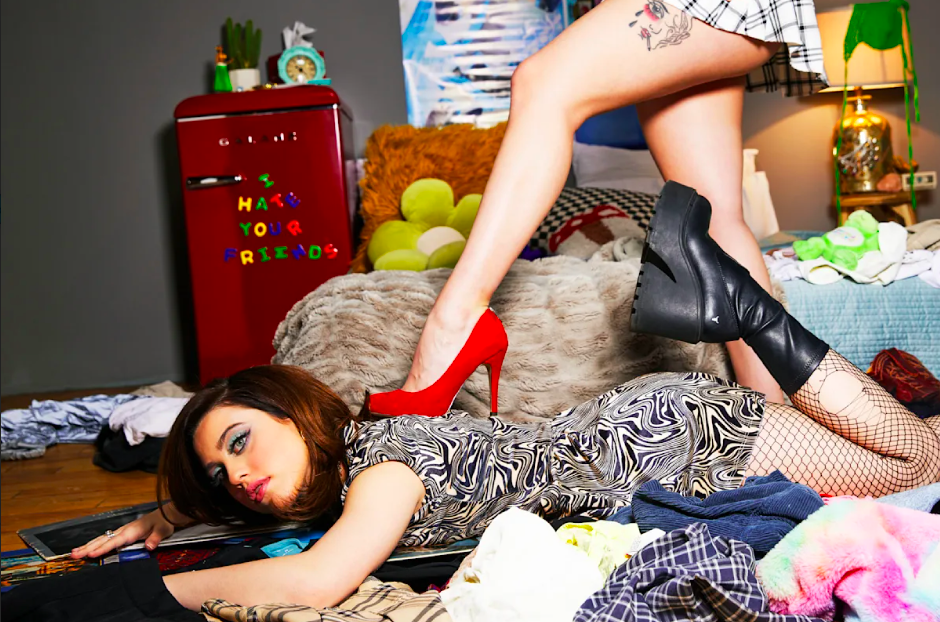 Victoria Alex Is Back With Her Second Single ‘I HATE YOUR FRIENDS.’

Canadian recording artist Victoria Alex has just released her sophomore project, “I HATE YOUR FRIENDS,” on May 6 via all major streaming platforms. ‘I HATE YOUR FRIENDS’ is a two-and-a-half-minute tune produced by Dutch Revz, mixed by Inaam Haq, and mastered by João Carvalho. A former Mini Pop Kid, Victoria Alex’s new track is fun yet serious Alternative Pop Punk music, featuring a raw and honest expression of her feelings. With her new offering, the singer encourages everyone to be true to their own selves and not be scared to exclaim, ‘I HATE YOUR FRIENDS!’ This song inspires everyone to provide a helping hand to a loved one or friend who is trapped in a potentially perilous circumstance.

Victoria Alex, a Toronto native, has been fascinated by music since she was eight. Her work is influenced by artists such as The Offspring, U2, Wings, The Eagles, Tame Impala, and Fleetwood Mac, to name a few. Aside from singing, Victoria has also participated in the first season of CTV’s The Launch, where Boy George coached her. She’s been seen singing and touring Canada, as well as visiting schools to raise awareness about mental illness and bullying. Her debut single, ‘Screaming,’ which was released in 2021, displayed her exceptional vocal abilities, which captivated new listeners. Her impeccable singing certainly leaves an indelible impression on the audience, and it won’t be surprising to see her become a household name in the near future.

‘I HATE YOUR FRIENDS’ is now available on all streaming services, including Spotify. Follow Victoria Alex on Instagram and her official website to know more about her upcoming projects!

Imagine: A Novel by Richard Harris