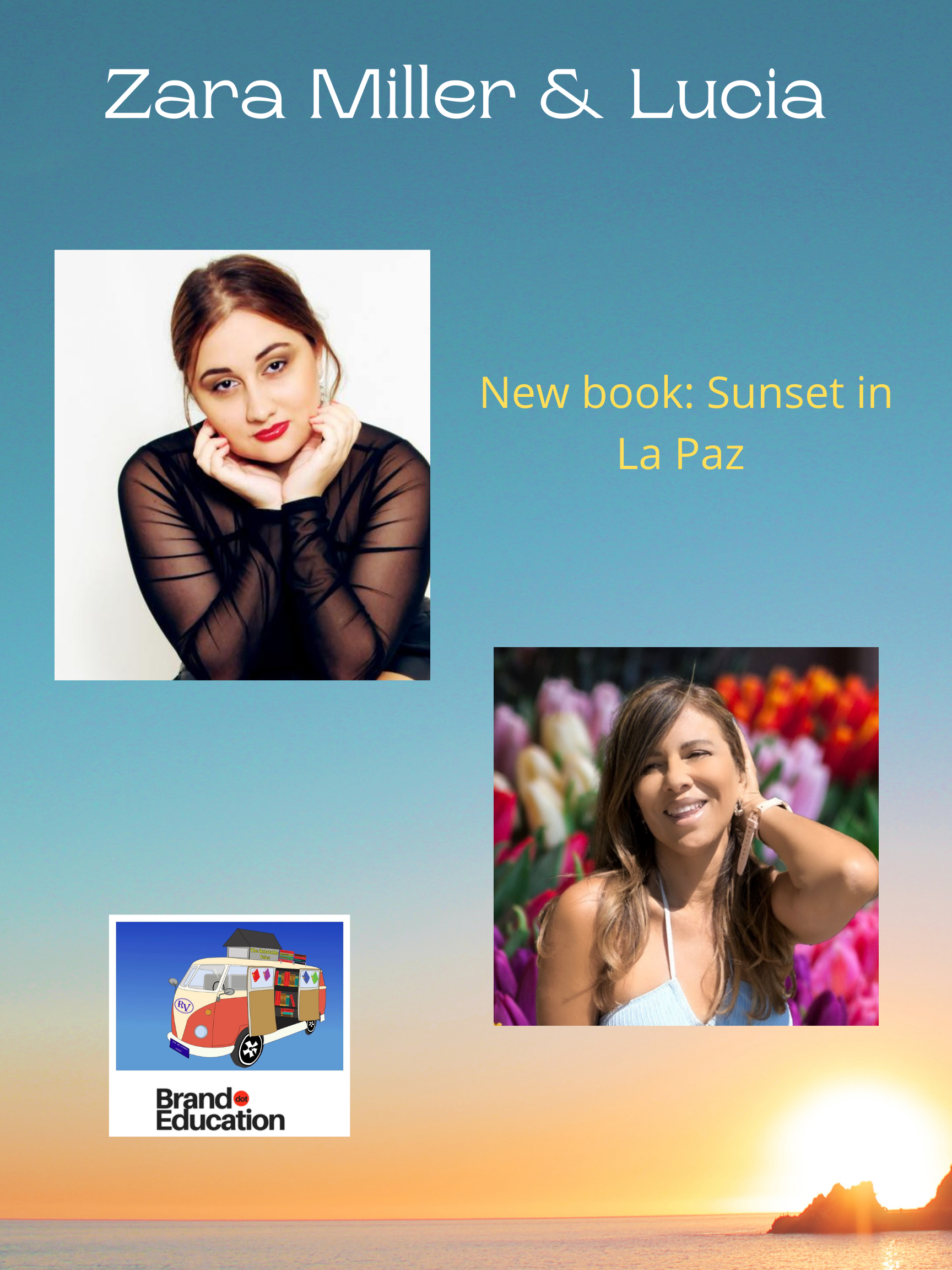 Lady of Peace: The Forgotten Revolution

The year was 1781 when the rebel army led a siege that rattled the colonial rule. Oppression, extortion, unfairness, actions that led to injustice and alienation, the feelings of unworthiness, was coming to an end during a revolt that brought together a divided nation.

The revolt of an indigenous Bolivian leader, Tupac Katari.

WE ARE FOREIGNERS IN OUR OWN COUNTRY

Yeah, that probably didn’t lead to what you thought it would lead to.

That is because there is a corner of Bolivian history overlapping with the United States’ history in an almost comical fashion, yet no one knows about it. As a writer and a purveyor of forgotten stories, I am here to champion for them, to give them the spotlight they deserve. This is a story about La Paz, the capital of Bolivia, or, as the locals call it, Lady of Peace, and the 109-day siege that led to a national revolution.

A poor Aymara born in Sica Sica some thirty years before the great siege, Tupac Katari didn’t speak a word of Spanish. Yet, he had a heart of a warrior and a resolve of a dreamer. And as history has proved many times, an idea of what a world could look like is more than enough to rally masses behind a common cause.

Especially if the cause is to liberate, to bring equality between the indigenous clans and the Spaniard colonists. Katari is considered a George Washington of Bolivia, a hero to this day, a father of the country. But every country, before it could be reborn, had to suffer through a period of unprecedented violence that started for the same reasons it starts every time: Money.

The harsh truth of the header rings valid still for descendants of the Aymara, Quechua, and other indigenous nations who identify with the manifesto of Tiwanaku. They were, and in many ways still are, foreigners in their own country.

THE GOOD, THE BAD, THE MESS

The greatest tragedies in history occurred for the lack of respect for human life, and the corrections were made out of the fear of repercussions. Once the human casualties reached a sky-high, then and only then was the cost of the conflict weighed against the cost of life. Or the motivations re-considered immensely. However, the initial focal point of a spark that lights up the revolution fuse is always trade. Taxes. Economic disadvantage. If the ancient financiers could ever agree upon one thing, it was the fact that the advancement of a nation and individual entities can quickly and most efficiently happen through market growth.

Pocket growth. And even in the eighteenth century Bolivia with the indigenous tribes living on the outskirts of La Paz, in the high lands, in the mountains, cut off from the opportunity, disgraced and shamed into leaving Lady of Peace, Julian Apaza, or Tupac Katari, as he named himself, knew that the way forward, getting through to people was not via aqueducts of human decency but an entirely different pitch: The trade deals are unfair. The money is unjust. Slavery is unfair.

And so, on March 1781, La Paz awoke to the march of forty thousand indigenous peoples. First, Katari cut off the inconveniently valley-positioned La Paz from the water sources they depended on from the low lands of Amazon. Bartolina Sisa, Katari’s wife, then called everyone who didn’t identify as a colonist to action, to stand up for change. Their second objective: The natives should self-govern. Fifteen thousand people died during the siege, as Katari observed the evolving assault of his rebels on the helpless city depleted of essential supplies, reliant on eating stray cats, dogs, and scraps from before Katari had used a low-lied location of La Paz against its citizens. Due to the hardcore, almost moon-like, concrete-defiant terrain of the surrounding Andes and altiplanos, road blockades are the key to conquering La Paz.

Block the roads; the city dries in its own misery. Literally.

Even though Katari’s resolve was admirable, Spanish reinforcements arrived in July and arrested him from the high and mighty of his throne in El Alto, the town wrapping its tentacles around La Paz, higher up in terms of altitude and geography. The Spanish defeated the rebels, quartered Katari, and put his severed head on display in La Paz’s central plaza, Quilliquilli.

Katari’s last recorded words were: “I will return as millions.”

Europe has always treated the rest of the world as its personal pet projects. Where can we go next and make a country in our image? It is believed that Katari’s bravery spread a contagious infection of yearning for freedom through Latin America. With the American Revolution succeeding, other nations longed to free themselves the totalitarian, colonial supervision. In the early 1800s, wars of independence against Spain raged through all of Latin America. Venezuela, Colombia, Argentina, and finally Bolivia, new nations were born. Ones comprised of the old, forced to co-exist with the new in the name of bringing some resemblance of peace.

“Let us leave this Europe which never stops talking of man yet massacres him at every one of its street corners, at every corner of the world,” the de-colonial pro-activist Frant Fanon wrote.

In 1952, Bolivia lived through another National Revolution. This time, the Kataristas movement won, as the dictatorship of General Barrientos and the lack of cult-like worship towards his persona united the military and the rebels against him. As a result, the exiled, officially elected president was called back into office.

And the cycle started again. But one more major player was influencing the policies enforced, the US support of Barrientos’ regime: The privatized gas and oil reserves.

And I can’t reveal more unless I’d want to spoil the plot of “Sunset in La Paz.”

Every writer is faced with a decision after inspiration strikes: Do I pursue this, or not?

My life was changed after I read a book called “The Five Hundred Rebellion: Indigenous Movements and the Decolonization of History in Bolivia” by Benjamin Dangl.

If anyone ever wondered what the difference between non-fiction work and a textbook is, it is this: Passion. Dangl visited Bolivia, did significant anthropological research there, and interviewed Kataristas and the Aymara people living in unscrupulous poverty.

You might ask, why write a fiction book, then?

Well, I am a fiction author, a historian, and the most straightforward answer would be:

Because there is a  story to tell beyond the facts stripped of humane psyche only a fiction insight and character development can give.

I understood Dangl’s message upon reading the first chapter: People who were home didn’t feel at home. They felt like half-people, defined by the choices of heartless pursuers of wealth and ambition.

And an idea was born. What if I compressed all this frustration into one person? What if I wrote a character who has all the money in the world, all the acclaim he could get, a loving significant other, and an understanding family, and yet …

Lenny Gitana feels empty. Like he doesn’t belong. Alienated from the Latin community for being too white and alienated by the white for being too creole. An artist stuck in his head, unable to write, whose entire life turns upside down when he learns that everything he ever knew was wrong. And, as it often is, makes a rash decision, walking into a crossfire of an international conflict between Bolivia and the United States.

A character-driven mystery, perhaps. An artiste drama with a romance subplot, maybe. A story about forgiveness and a five-hundred-year struggle, for sure.

I will see you on the pages of Sunset in La Paz.

Zara Miller is a published author, writer, and blogger. She is a graduate of Middlesex University London, where she studied International Relations. Her debut YA novel “I am Cecilia” attracted the eye of prominent speaking conferences such as the Career Grad Festival and Association of Writers and Writing Programs. Zara has been nominated for a Reader’s Choice Award in the romance category for her first book. She writes for The Teen Magazine, where she handles the culture and student section and works for her publishing house New Degree Press as an author coach, guiding new talent towards publishing successfully.

The pre-sales campaign for the book starts 11/22; you can pre-order Zara Miller’s second novel “Sunset in La Paz,” here: https://www.indiegogo.com/projects/sunset-in-la-paz-by-zara-miller#/

AMD “Computer And Graphics” Segment Records Highest Quarterly Revenue Yet In Q3 2021 – $2.4B