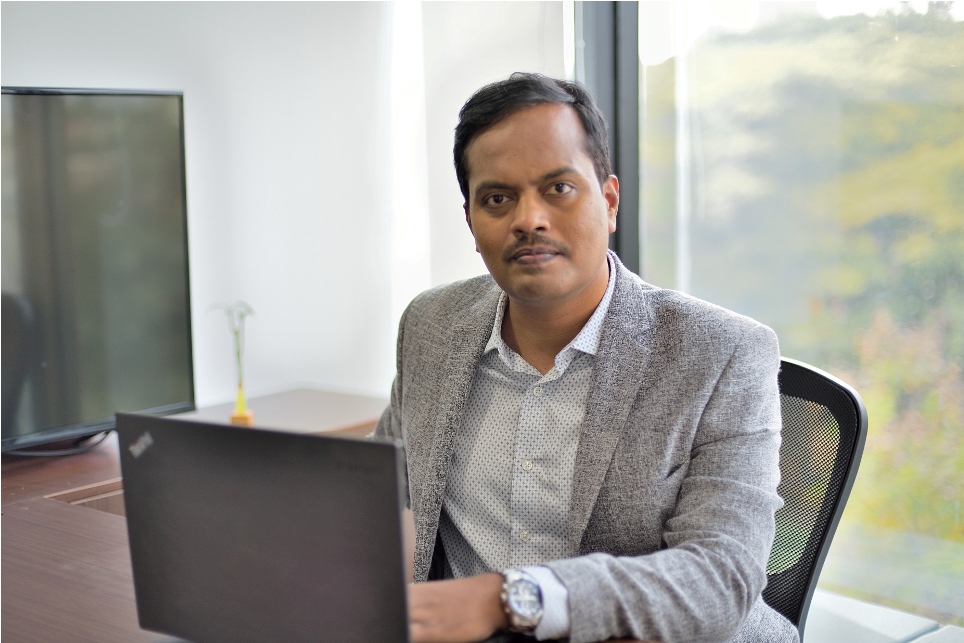 New Delhi: March 27, 2020: India has become one of the major juncture in its fight against COVID-19 and in this crucial period, social distancing has become necessary. As the majority of us move to working, learning and, well doing everything from home to slow the spread of coronavirus, we are taxing our home networks and our wireless gear in ways we never imagined.

Many organizations have quickly adapted their approach to remote working while ensuring that business continuity is not hampered.  Collaboration technology helps bridge this gap and enables employees to connect and collaborate. With video conferencing and cloud program accessing, the need of the hour is to get the best Wi-Fi at home for you to be productive. Leading laptops and mobile phones come pre-enabled with Wi-Fi 6, however, very few routers provide Wi-Fi 6 capability.

Home networking is a challenging concept since many Wi-Fi doesn’t have the capability to evenly distribute the network throughout the house, so you have to journey to your basement, garage or whatever corner your wireless router calls home. Besides this, there are many other challenges that we face while we are working remotely including slow speed, dropped or dead connections, dead zones, it becomes frustrating to diagnosing your home network’s problem.

On the same note, Marthesh Nagendra, Country Manager, India, Middle East & SAARC quoted, “One of the most common WFH issues is having an unreliable Wi-Fi system, low-quality video transmission, and slow Internet connections. With video conferencing and cloud program accessing, the need of the hour is to get the best Wi-Fi at home for you to be productive. The Orbi Mesh Wi-Fi series is a great solution for remote working as it creates one seamless network, so as you move from room to room without dropping your signal.”

Don’t rush to blame your ISP: When an important video chat with your boss starts to stutter or you get the buffering wheel of death in the middle of your favourite movie, one can easily blame its service provider, aka ISP. Many times often it has nothing to do with your actual internet.  While ISPs are certainly being hit with loads more activity during this time, the biggest players, maintain all is under control. The internet providers are doing a lot to make this an easier time. Many have already waived your data limits and increased your speeds to boost productivity.

Confirm it’s the Wi-Fi: If it’s not your actual internet pipe, all signs point to it being your Wi-Fi router. How can you figure that out? It’s best to plug your computer directly into your home router via an Ethernet port. Then you’ll need to go to Ookla’s Speedtest.net website, or download the app, to run a test. If you are getting decent speeds while chained to the router—if you paid for 25 megabits a second, you should hopefully see around 25 megabits a second!—but relatively reduced speeds when you’re wireless in a different room, blame the damn Wi-Fi router.

Move the Wi-Fi router: You’ll notice that speeds are better the closer you are to the router. This is why the No. 1 piece of router-installation advice is to position the router as close to the center of your house as you can. You’ll also notice that speeds, when you’re on the 5GHz network, can typically be faster than the 2.4GHz network. Try to stay on 5GHz; it provides faster speeds at shorter distances.

Buy a Router: If you have an old router, typically more than five years old, it’s probably time for a new one. Wireless standards have changed, and your newer devices need to be on a more modern network to perform as designed. One needs to invest in a Whole-home Wi-Fi mesh system based on Wi-Fi 6. At NETGEAR we offer, Orbi models such as the NETGEAR RBK50 which comes with two large nodes that use mesh technology to communicate with each other over a dedicated 5GHz radio band and it provides up to 5,000 square feet of wireless coverage.

Monitor your network: If you’ve got devices sitting on your network but you aren’t using them, they can still slow things down a bit. Many apps that work with new routers will let you see which devices are connected and pause their connection.

Keep an eye on the apps: Even if you follow all these tips to create the world’s greatest home network, you may still encounter those slowdowns and pauses. Many applications like Zoom are often more bandwidth intensive than video-streaming apps like YouTube or Netflix.

Go cellular: If worst comes to worst and your home Wi-Fi network just isn’t performing when you need it, try your phone’s cellular network. Use your phone’s hot spot feature to connect, though you’ll want to make sure your data plan allows for this—and can take the pounding.

NETGEAR is a global networking company that delivers innovative products to consumers, businesses and service providers. The Company’s products are built on a variety of proven technologies such as wireless (Wi-Fi and LTE), Ethernet and powerline, with a focus on reliability and ease-of-use. The product line consists of wired and wireless devices that enable networking, broadband access and network connectivity. These products are available in multiple configurations to address the needs of the end-users in each geographic region in which the Company’s products are sold. NETGEAR products are sold in approximately 30,000 retail locations around the globe, and through approximately 25,000 value-added resellers, as well as multiple major cable, mobile and wireline service providers around the world. The company’s headquarters are in San Jose, Calif., with additional offices in approximately 25 countries. More information is available from the NETGEAR investor page or by calling (408) 907-8000. Connect with NETGEAR on Twitter, Facebook and our blog.

Homefoodi Comes to the Rescue of the Migrant Workers; Offers Food to the Stranded