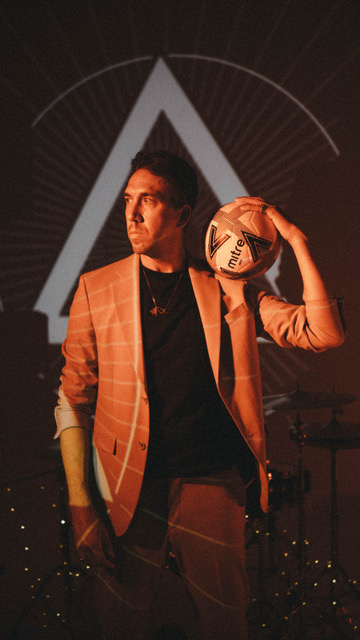 Following on from his openly honest debut single ‘Let’s Talk’ released earlier this year, Dylan continues forging ahead with the second track from his upcoming debut album. ‘Boys Yard’ is a football anthem in the making, with lines such as ‘score from forty yards’ and ‘cover every blade of grass’ – with the World Cup around the corner, this track could speak volumes to dreamers of scoring the perfect goal. Reminiscent of anthemic indie songs from the early 2000’s, ‘Boys Yard’ leans into the era’s playfulness while still being encouraging and full of hope.

‘“Boys Yard” is about the making dreams you have as a kid come true and believing one day you’ll be your hero – it’s a fairytale of hope and excitement by living your fantasy in the safety of your own back yard.  I wrote it in lockdown with my boys trying to score in the top corner of a pint-sized goal mouth emulating their football heroes. It’s a song far deeper than football and the innocence of being a child before the darker side of life makes our dreams less of a reality.’ – Dylan James

If you haven’t heard of Dylan James before, don’t worry – you’re not alone. While rarely doing interviews or performing live, the singer-songwriter has developed a hushed cult following through his rare home demos. Fans know him for his gift to tell stories that bring out strong, genuine emotion. After half a decade, James is finally ready to share this gift with larger audiences, which began with ‘Let’s Talk’, a single that is sure to leave you deep in thought.

London-based singer-songwriter Dylan James has spent the last half decade making a name for himself through his home demos.  With his confessional storytelling James blends together a mix of influences including folk rock, 90’s Britpop, and 70’s lo-fi singer-songwriter to create music full of raw emotion. His songs are not of the folk of yore however, nor a litany of rock ‘n’ roll cliches. No, James chronicles the home truths he encounters in the day-to-day, the grind & ennui of modern life – whether it’s the latter stages of foiled marriages, drunken failings, broken dreams, world-weary determination or battle-hardened parental commitment. It’s these seldom explored topics that make his observations hit all the harder, and garner him such integrity & conviction.

His debut album ‘Expected to Fly’ (produced by Matt Owens of Noah and the Whale) is out 2023.