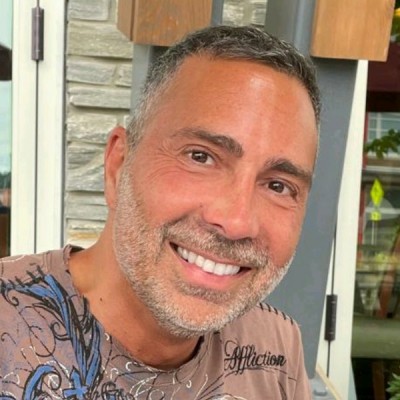 Robert is one of those rare individuals who embraces change and lives by a philosophy which he calls Possibility in Action™. He is a three-time Author, compelling, International Keynote Speaker, Transformational Life Coach, and Adjunct Professor.

After his young wife passed away of metastatic breast cancer, Robert re-imagined his life to achieve new dreams. He chose to leave his comfort zone by changing everything to share the many lessons he’s learned.

Prior to his dramatic life change, Robert was a Senior Portfolio Manager for the Abu Dhabi Investment Authority, Co-Founder of Evolvence Capital, and mentor to many young business executives. He has lived in Abu Dhabi, Dubai, Rome, and now splits his time between his native New York and Abruzzo, Italy.

Outside of traditional coaching, Robert provides an array of interesting personal growth experiences such as facilitated discussion groups and video modules.

I love when I get asked this question. Without a doubt, my favorite word is “Possibility”. If you think about it, Life is all about Possibility. Things change, morph, evolve, transition, which always leads to new possibilities. Our being born is an example of possibility. The problem is that possibilities exist all around us but without action they remain in the land of wishing. But, if we just broaden our perspective, we will see possibilities are infinite.

Self-expression. It is funny because I wrote the books purely as self-expression. I did not look for catchphrases or keywords which could increase sales. I was fulfilled knowing that I was being authentic. When I first spoke to publishers, they asked me to change things and play the game for sales. I responded saying – but that is changing who I am, and I can’t do that. So, I self-published in the end.

Great question and so important. I would tell myself to not take it all so seriously. I realized when my wife passed away that every insecurity, fear, worry, resentment, regret – all those negative emotions we cling onto while alive were revealed for what they are – nothing. This is a canvas for us to paint and honestly there is never a mistake in creating art.

I had always loved to write but when I was a child, I was told it was a very “girly” thing to do by my father. That I should have been playing sports and being more of a boy. This caused me to push my passion for writing way down. Funny enough, at the beginning of my career in Investment Banking, my business cases read more like stories which I think helped me move up the ranks very quickly. But, when COVID hit, I saw a parallel in what my wife and I journeyed through and what the world was not facing – uncertainly, fear, loss of identity, helplessness and felt a need to share the example of how my wife and I lived joyfully despite adversity and uncertainty. This then opened pandora’s box and I subsequently wrote 2 other books.

Wow, I had to really think about this one. Actually there are, hmm, maybe the outcome I want people to feel after reading the books. Chasing Life for example is the memoir dedicated to my wife and how we chose to live around her terminal diagnosis and live life. I hope after reading it, people want to go out and Chase Life, which is really just the present moment. A Pimby Tale, is that we are a mixture of Possibility, Imagination, Magic, Believing. The Y is YOU. We just forget it, so at the end of the book I hope people feel the PIMBY part of them again. Possibility in Action is actually my personal philosophy and reminds us that without action, nothing really happens for us.

Well, I live in Italy, so it will be no surprise when I say really good read wine and dark chocolate. But there is something here in Abruzzo called Arrosticini which are basically grilled lamb kebabs – delicious. Another guilty pleasure is to sneak away into the forest alone and just listen.

Iceland for the Aurora Borealis. I have always been fascinated by the concepts of magic and wonder in life. That is why I wrote my second book, A Pimby Tale, which is a fable for adults. I can’t think of anything more magical than looking up into infinite space and watching a dance of energy which we are actually part of.

Don’t write a story you hope someone will like, read, or buy. Write a story you would like to read. If we write for other people, we make it almost an obligation to get it right. Then we wind up focusing “out there”, on “those people” who are out target market. Write for yourself.

My spare time is spent reading, meditating, exercising, walking in nature, and cooking. I love to cook. There is something so grounding to me in cooking. Maybe my Italian American upbringing or maybe because here where I live in Italy everything really is 0 Kilometer. Mostly everything I cook with comes from the town or very nearby.

For sure it was the scene in my first book Chasing Life which told the story of my wife’s oncologist calling me to come to his office. It was the hardest thing I ever had to do. A walk of seven blocks was an eternity because he had never called me into his office before and I knew he was going to tell me we were at the end of the journey. I sat with that for a long time before writing it because I wanted people to feel the heaviness of my footsteps. It is a very short passage in the book but was the hardest emotional memory to put into words.

Thank you so much for taking the time to ask me such great questions. I truly believe that our real legacy is the story we leave behind. I hope your readers feel inspired to leave a story they write. If anyone would like to contact me, they can find me on LinkedIn, Facebook, or Instagram-They can also find me at www.robertpardi.com