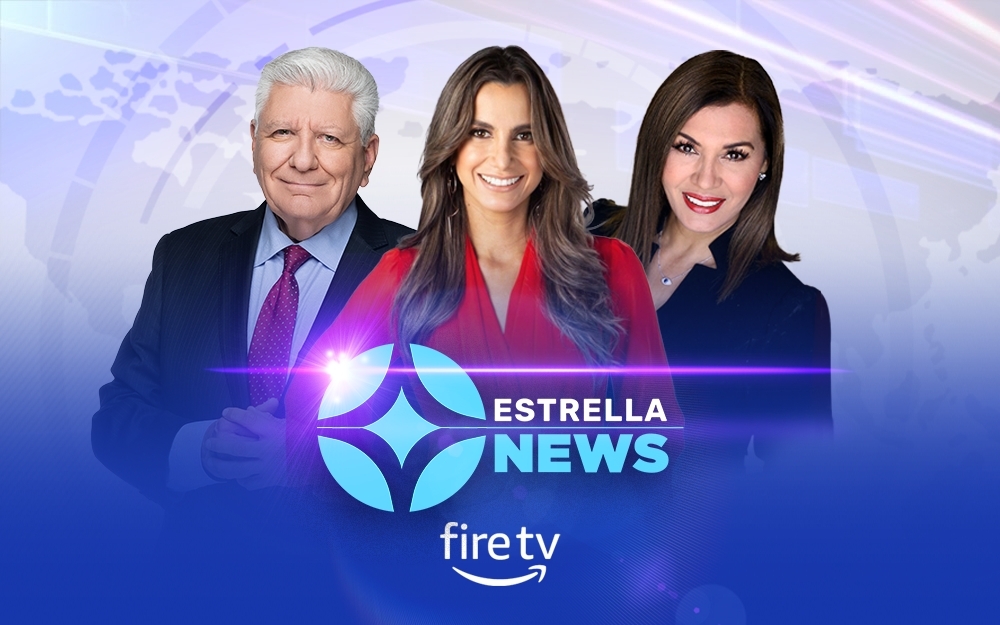 Estrella Media, a leading media company creating Spanish-language video and audio content for multiplatform distribution in the United States and worldwide, has become the first Spanish-language network to launch on the Amazon News app on Amazon Fire TV devices. Streaming influential news coverage from across the United States, Mexico, and Latin America, the Estrella News team will continue to cover stories and breaking news of value to the EstrellaTV community. Coverage areas include the economy, politics, immigration, pandemic recovery, education, and the environment, in addition to local and national sports and weather.“

This is a watershed moment for Estrella News to be able to deliver live streaming local, national, and LATAM news to our Hispanic audience in the US with one of the world’s biggest services,” said René Santaella, EVP, Digital and Streaming Media, Estrella Media. “Our integration on Fire TV with Amazon’s News App strengthens our ability to super-serve the Hispanic community at scale.”

“The last 16 months have shown us that live, breaking news is imperative for our Hispanic audiences,” said José Armando Ronstadt, National News Anchor for EstrellaTV’s nightly newscast Cierre de Edición. “Our audience watches not only on linear television but streaming on all their devices. They now can watch the national and local news and our coverage of breaking events in Mexico and throughout Latin America. Staying connected to our community and allowing them to be connected to us is priority number one for us.”

Amazon’s news app is a free, ad-supported, and customizable news aggregator. The app comes built into the Fire TV experience on all Fire TV streaming media players and smart TVs in the US. When you open the app for the first time, you can select the news that matters most to you from national and local sources.

Estrella Media’s properties include EstrellaTV, the national broadcast network is seen in over 40 million US households.  EstrellaTV is distributed on Estrella Media’s 15 owned or operated television stations and over 30 affiliated stations and through cable and satellite providers and digital streaming platforms. In addition, Estrella Media also operates Estrella News, the first 24/7 Spanish-language multiplatform digital news network in the US, and Estrella Games, the first 24/7 curated Spanish-language game show channel in the US.