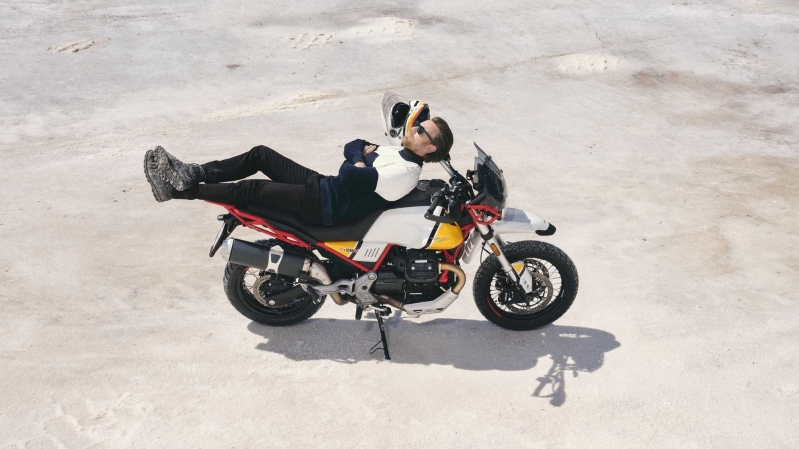 Ewan McGregor Is The V85TT Brand Ambassador ‘Cause He Loves It. As part of the V85TT launch, McGregor traveled around the rugged, breath-taking landscape of Southern Sicily, began his journey at Molas Resort and ended at golf course.

McGregor, agreed to promote the new model only after testing it first, is captured riding the adventure bike over all sorts of terrain effortlessly. And that’s the thing: the bike isn’t just pretty, it has substance too—kind like McGregor himself actually.

Sales of the V85TT have surpassed expectations, especially in Italy, Germany, France and the UK. Both V85TT & McGregor, have style, substance and solid credibility.