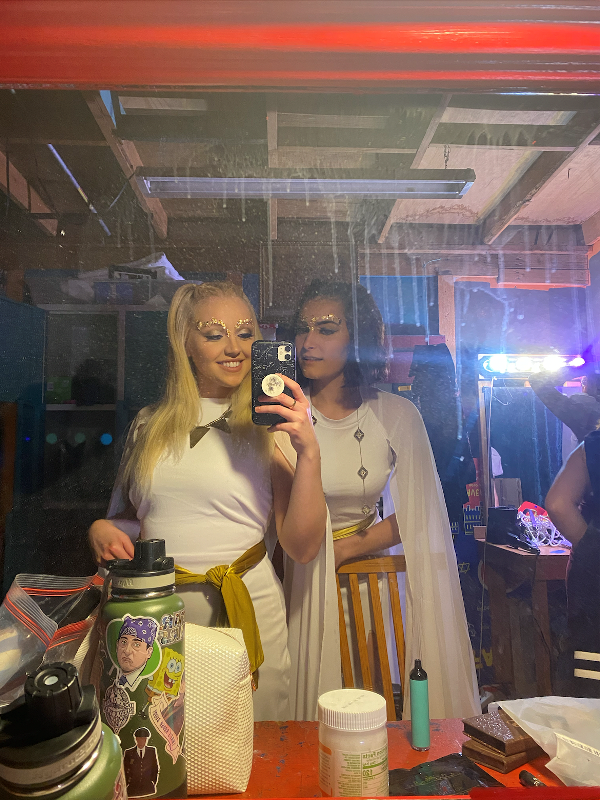 As an up and coming actress in the United States, Tullia Ferraro is getting herself into new opportunities quite often. One of the latest opportunities she secured was to play the role of Apex Zenith at a new play named “Parliament”. This was an original written and directed by Max Zumstein. The play ran every weekend from April 23rd to May 7th at the Whitmore Lindley Theatre Center in North Hollywood. This was quite a successful play, and Tullia Ferraro contributed a lot towards its success through her performance.

What was the play “Parliament” all about?

Parliament is a fanciful ensemble comedy about caution, order, decorum, and economic responsibility that is absurdist and surreal. Those who attend the gathering will see high concept skullduggery and erudition foolishness firsthand.

The backstory behind Parliament is extremely intriguing. An imperially appointed assembly of eccentric and dark characters has covertly dominated the planet since 670 BCE. The 13 members of the One True Parliament gather to discuss, debate, and make decisions on events that will alter the course of human history. This occurs in constantly shifting places throughout space and time.

Their wisdom and oratory enthusiasm has led them to some of the world’s most significant contributions, both recognized and unseen. However, this conference has the potential to permanently alter the face and destiny of the One True Parliament.

The overall play has been pretty good, and it was able to secure great comments from the audience. Out of those comments, there were some special comments about the performance of Tullia as well. She did her maximum for the role and contributed a lot towards the overall success of it.

The performance of Tullia Ferraro at the play

As mentioned earlier, Tullia Ferraro was playing the role of Apex Zenith in the play. That was a major figure in the play, and she was able to contribute towards it with her maximum effort. In fact, Tullia got into the role and did it with her heart. The overall play has been quite realistic, and it is proven from the comments that audience left at the end of the play. These comments clearly show that Tullia Ferraro has been able to secure a great future ahead of her. It is up to her to capitalize on her strengths and focus more on taking her performances to the next level of success.

Tullia Ferraro is an Italian-born actress who began her career by learning the fundamentals. In reality, she graduated from the Caremoil Studio Academy in Milan, where she studied acting for two years. She also went ahead and got herself trained by some of the industry’s top experts. Michael Laibson, an Emmy Award winner, is among them. Tullia Ferraro is using this expertise to deliver the finest version of herself to the stage.

Tullia is enthusiastic about the job she does. She has been able to attain various accomplishments in her profession in a short amount of time. As a consequence, one might argue that she has the potential to become one of the country’s most successful actors. She is inspired by her achievements and continues to progress in her path.

Tullia Ferraro’s ultimate objective is to make her content with the job she is doing. “Parliament” has been a perfect milestone in her career as an actress. She will continue to hunt for new opportunities in the future as well, and we will be able to see many great performances of her.

Yii Money Is Back With Another Head-Turner Track, ‘They Frontin’

Tai Mistyque Returns With An Enchanting EP, “Where Do I Go.”