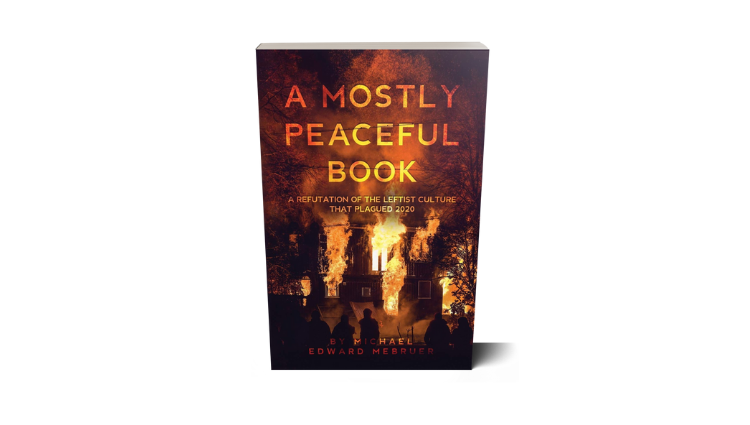 The ugly face of leftism

A Mostly Peaceful Book is designed to debunk certain messages and ways of thinking that the hard left organizations and politicians have been pushing in the United States. The title of the book itself is inspired by left wing figures in the media, who called nationwide rioting and looting, “mostly peaceful protests”. A Mostly Peaceful Book examines several different aspects of the hard left and its actions in 2020. These different aspects include fallacies in left wing thinking, ramifications of terrible policies by woke politicians, misconceptions that BLM tries to push, and a sharp criticism of White Fragility.

While A Mostly Peaceful Book shows the ugly face of leftism. It is not a book written by a conservative for conservatives. It is written by an American for Americans. It is meant for liberals, conservatives, and anyone who has any belief in the American Dream. It is a plea for anyone who opposes mob tyranny and true bigotry to speak against the people that wish to tear America apart.

What is the hardest part of writing your books?
The hardest part for me was getting what a former teacher of mine called the “bones” of the book. This refers to the thesis and structure of the book. I did not struggle with the thesis. However, I had a lot of ideas and concepts that I wanted to explore.

What songs are most played on your Ipod?
When I am working out, I will listen to a couple of different playlists. One of the songs that I listen to most is “Missile” by Dorothy.

Do you have critique partners or beta readers?
Kind of. I would read a lot of my rough drafts to my adoptive mother. You could say she was the first person to read my book (or listen to it).

What book are you reading now?
Right now, I am reading “Relentless” by Tim S. Grover. It is a book about a personal trainer who trained elite athletes like Michael Jordan. Grover talks about the mindset of people that he considers to be relentless.

How did you start your writing career?
The reason kind of reminds me of something I saw on Family Guy a couple of years ago. One character was explaining something to another character. The guy did not understand what was going on/ He said, “I don’t understand, so I’m angry and hungry. I’m gonna go punch a sandwich.”  Similar concept for me. During covid I was out of work. I was upset about the riots and the direction our society was heading. I was bored and angry, so I wrote a book.

Tell us about your next release.
I don’t have any plans for any new books at the moment.

Michael Mebruer was born in 1994 in Baton Rouge, Louisiana. His family moved around a lot when he was a child. He spent most of his childhood in rural parts of Kansas and Louisiana. As an adult, he worked full time as a medical lab technician while being a full-time college student. He graduated from LSU in 2019 with a degree in Economics.

Most people who personally know Michael Mebruer, know him as a laid back and goofy guy who does his best to make people laugh. He is loving and loyal to the close group of friends and family in his life. He also considers himself to be a “bad millennial.” He considers this due to his hatred of social media, lack of entitlement, and general sense of humility.