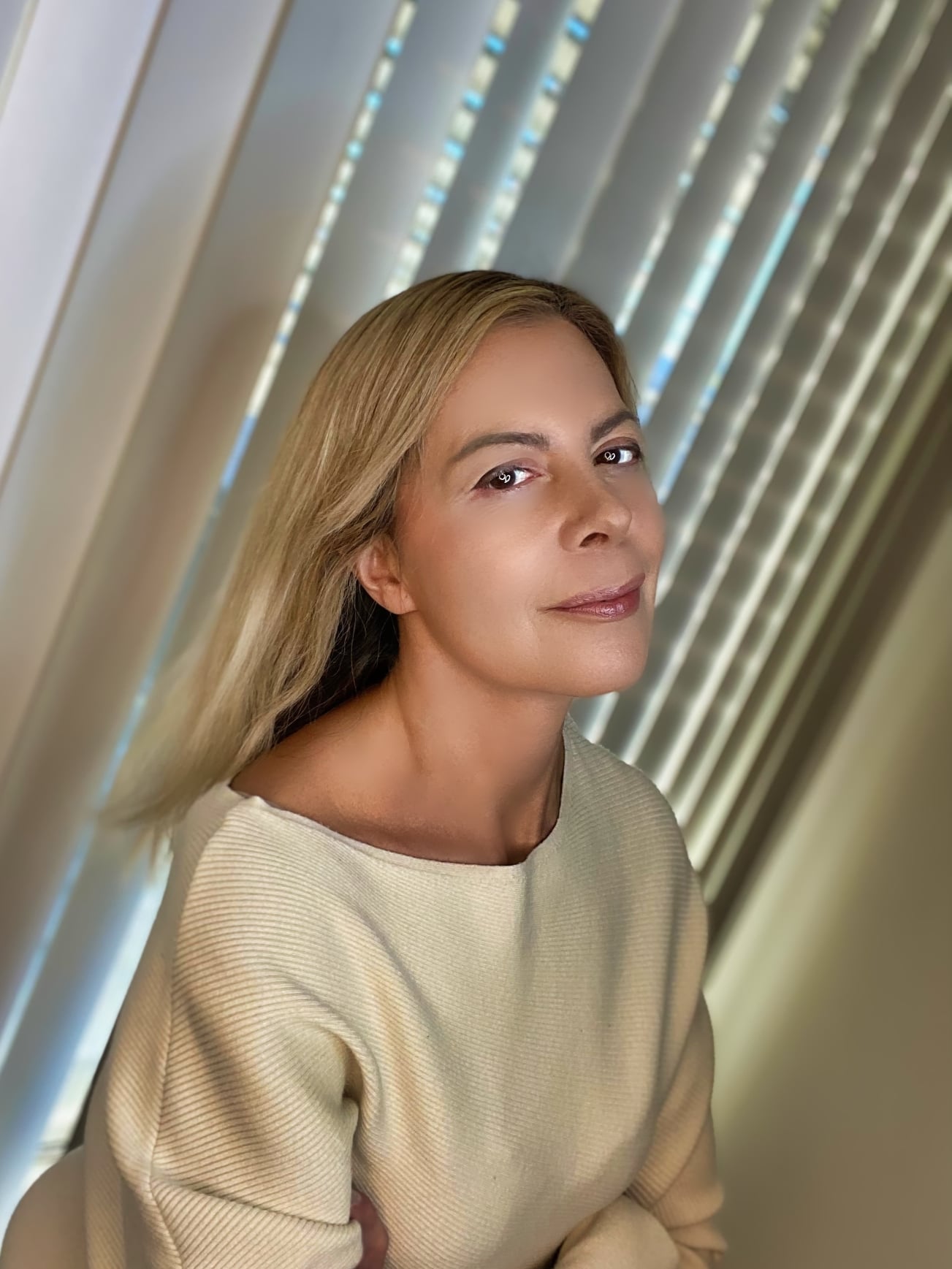 Bilingual communications expert Sandy Rodriguez writes on topics ranging from finance to entertainment for different media outlets in both the U.S. and Mexico. She appears as a host in videos for lifestyle website En Cinco and multimedia company Heart of Hollywood Motion Pictures.

Sandy is a former editorial coordinator for Mexican newspaper Reforma, one of the most influential publications in Latin America, and has translated tens of books from English to Spanish for major publishing houses. These include medical, self-help, and business books, novels, and titles focused on spirituality or personal growth by popular authors such as Louise Hay, Nick Vujicic, and Neale Donald Walsch.

Multifaceted Sandy, who once took part in a prestigious fellowship program for international journalists at Seoul National University in South Korea, currently lives in Los Angeles, where she works as a certified court interpreter. She is the editor of Heart Of Hollywood Magazine, as well as a fitness enthusiast, a burgeoning artist, and an amateur winemaker.

As the author of motivational book Choose to Prevail, she is a member of ISLA, the International Society of Latino Authors. Choose to Prevail is a finalist in the Best Health & Wellness Book category of the International Latino Book Awards, produced by Empowering Latino Futures, a nonprofit organization co-founded by actor Edward James Olmos and Kirk Whisler, board member of the National Latino Media Council. The awards ceremony will be held in October 2021. Additionally, Sandy’s book is the 2021 Readers’ Favorite Silver Medal Winner in the Non-Fiction – Grief/Hardship genre.

Hello author Sandy Rodriguez, welcome to the RV Book Fair! What inspired you to start writing?

I tend to be very self-conscious and was hesitant to do much talking as a child. Writing was an easier way to express myself. I guess I wasn’t bad at it, because I was actually hired as the Mexico City correspondent for Los Angeles-based Young People Today Magazine when I was around 12. Although adults were in charge of funding and distribution, the publication was made for and by teenagers and a few children.

Anything you would say to those just starting out in the craft?

Marketing and promoting your book are just as important as writing it. Traditional publishers will very rarely open doors to people they’ve never heard of, and self-published books will not be discovered by readers or sell if they’re not actively promoted. Many writers are introverts or simply reluctant to toot their own horn. Sometimes they’re shy and, bizarrely, don’t want others to read their words— in that case, keeping a personal diary would be a better idea than writing a book. Not promoting your book after having completed it is the equivalent to paying good money for a billboard ad, and then covering it up with a rag so that nobody can see it.

Do you hear from your readers much? What do they say?

I do! I’m always checking out reader reviews on Amazon or Goodreads, as well as any comments on social media. Many people express feeling a connection of some sort; they feel like they’re listening to a friend as they’re reading my book, titledChoose to Prevail. I love interacting with readers; feel free to join me on Instagram @choosetoprevail.

What are your guilty pleasures?

I have none, because I enjoy what I enjoy—even if it’s outdated, lowbrow, unpopular, or simply cringe— unapologetically. When it comes to music, I like many kinds but one of my favorites is 90’s hair metal. I generally prefer highly commercial comedy movies over art house films. I can occasionally be found drinking a diet soda. Others might consider these things guilty pleasures; to me they’re just pleasures.

What’s the book that changed your life?

I loved Other Choices for Becoming a Woman: A Handbook to Help High School Women Make Decisions, by Joyce Slayton Mitchell. It was originally published in 1975 and I doubt it’s still in print. It was written in a wonderful old-school feminist style. It discussed careers and other serious life decisions, and also included practical advice on building a capsule wardrobe and making your own beauty makeup products to save money.

As a child, what did you want to do when you grew up?

I just wanted a career through which I could find admiration and respect. In nearly all of the jobs I have held, that has been my experience. Anyone can have a similar experience by seeking out career paths for which their specific skills are a good fit. I have been an English tutor for executives at Fortune 500 companies, an editorial coordinator for a major newspaper in Latin America, and a court interpreter. For a word lover like me, these positions are perfect matches.

What is your write kryptonite?

If by kryptonite you mean what keeps me from writing, it would be a lack of time. I hold a full-time job as an in-house interpreter for the largest courthouse in the United States, edit an entertainment publication called Heart of Hollywood Magazine, and have many other commitments.

What do you like to do when you are not writing?

I like working out—mainly weight training— as well as reading all kinds of books, magazines, newspapers, newsletters, blogs, and social media posts. I occasionally paint and I’m an amateur winemaker. My ex boyfriend and I received an award for a Zinfandel we made from Paso Robles grapes, and I’ve made decent Cabs.

I also love movies; you can find me discussing films and pop culture alongside Hollywood Foreign Press Association member Gilda Lappe at https://en5.mx/hollywood/ .

What’s the last book you read?

The Paris Apartment, by Lucy Foley, packed with suspense and surprise twists. Not all bestsellers are engrossing, fun to read, or even well-written. This one is all three.

State a random fact about yourself that would surprise your readers.

I once won a giant trophy at a martial arts tournament. I briefly studied Nippon Kempo, a very aggressive style of Japanese boxing in which you punch and kick. I wasn’t good at it, so the trophy came as a big surprise to everyone, including myself.