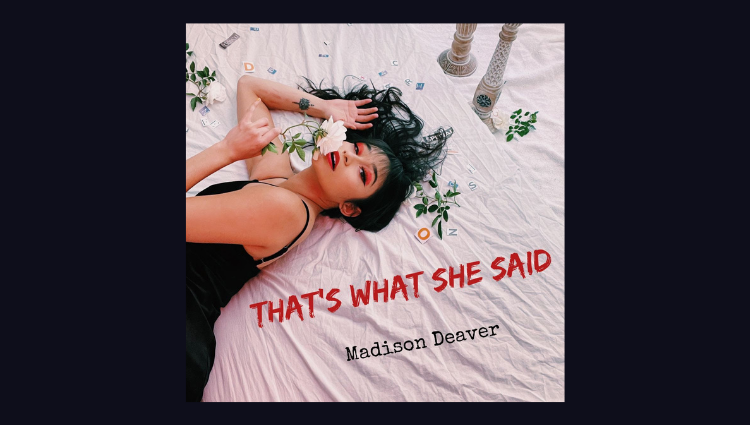 LOS ANGELES, CALIFORNIA – Madison Deaver delivers her freshman EP “TONGUE TIED”, a fresh embodiment of female singers of the 80s and 90s with guitar led tracks, brutally honest lyrics and strong vocals. Madison’s collaborations with producers from Nottingham, UK and Los Angeles, California, US create a cool blend of indie pop rock sounds from both British and American music throughout the EP.

Featured on “TONGUE TIED” are American drummer, Adrian Young (Dreamcar / No Doubt) and British guitarist Adam Slack (The Struts). Few new indie artists have the international talent that this EP does giving credibility to this artist’s deserved rise onto the global music scene.

Among the EP’’s 5 tracks “That’s What She Said” a cheeky, up-tempo bop is the first single scheduled for release on May 7, 2021. The sweeping ballad “Villain” is also planned to be released as a single.

The full EP is scheduled to be released on June 4, 2021 and will be available through all streaming outlets.

How to Prepare for the Cisco Certification for Network Engineers?