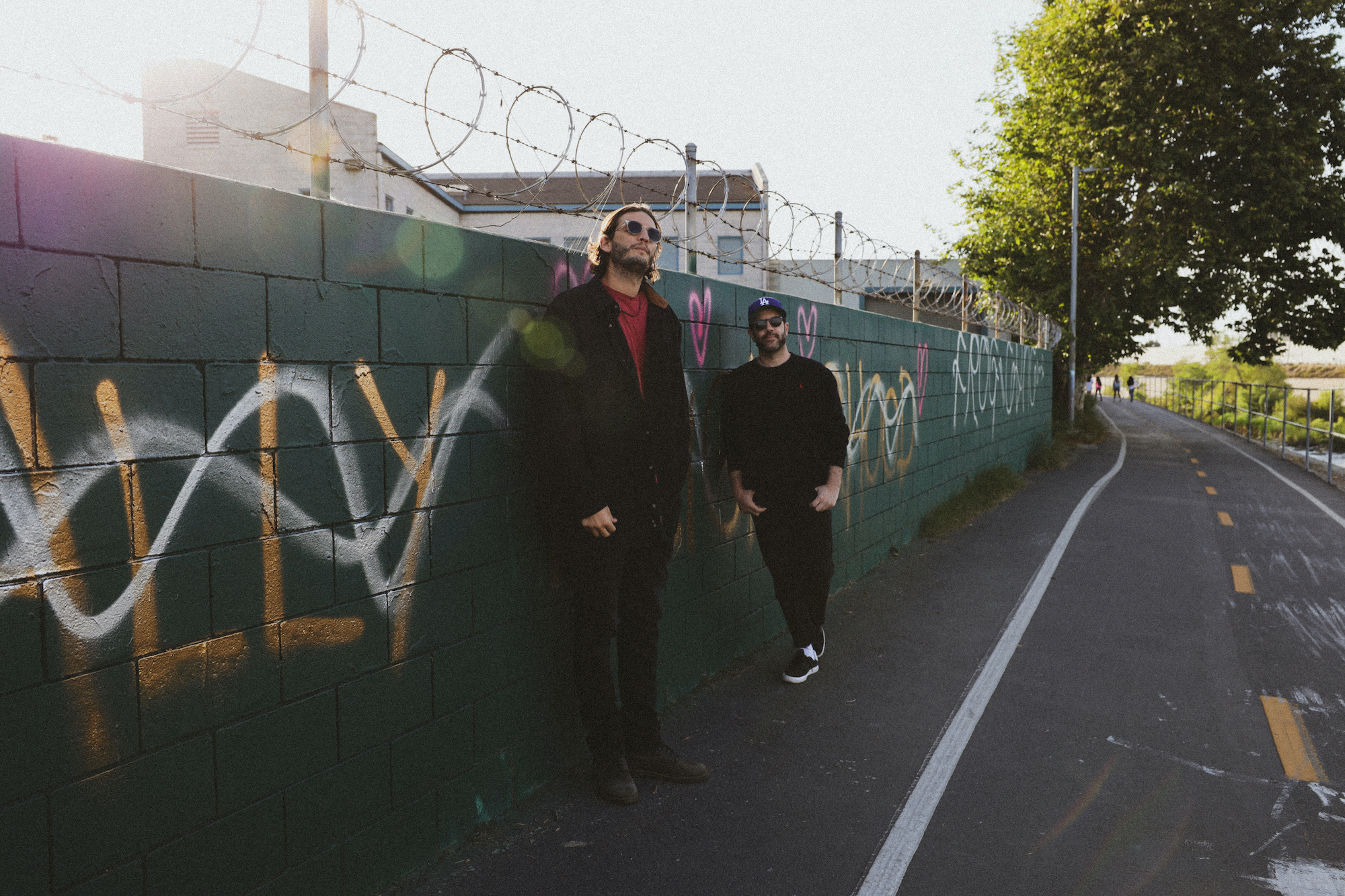 Magic Bronson continues to spearhead music trends, tackling social issues and the anxiety of what’s going on in the world, coupling it with sensational and experimental melodies. Self-described as “profoundly uneasy,” Magic Bronson takes unnerving and anxious energy and channels it into songs that ultimately lift you from a place of uneasiness. Bandmates, Michael Nicastro (vocals, synths, drum programming, production) and Matthew Lieberman (lyrics, bass, synths), are a powerful blend of musicians that know how to create the music that fans can’t get enough of. No one can accuse the multi-talented duo of colouring within the lines when it comes to making music. They write without boundaries, with lyrics sprung from whatever miscarriage of justice they perceive in the world.

Their latest single “My Baby is an Android ” emits playful tones and exuberance through its tongue-in-cheek matter. The song is buoyant and memorable featuring a collection of vintage synths, robotic electro elements and characterful drum patterns, all doused in an abundance of woozy grooves. It’s mellow melodies and doo-wop quality complements the nonsensical narrative which touches on falling in love with a robot and how as a society we have become too dependent on technology and Artificial Intelligence, such as Siri and Alexa. Lieberman confides, “We spend more time with our phones and those AI voices than we do with our significant others or family.”

It’s the band’s live performances that put the magic in Magic Bronson. Oozing personality, Nicastro and Lieberman feed off the energy of the crowd, whipping them up into a frothy frenzy. With their commanding stage presence, three EP’s, a full-length album, write-ups in publications like Billboard, Earmilk and KCRW, as well as dozens of placements on both the large and small screen, Magic Bronson has amassed a legion of diehard fans that gobble up their music and turn out for their shows en masse. Their track “Nervous” sprang to life after Kendall and Kylie Jenner used it to soundtrack an Instagram ad for their fashion line. It was played on rotation in New York City taxi cabs during Fashion Week and currently has over six million streams on Spotify alone.