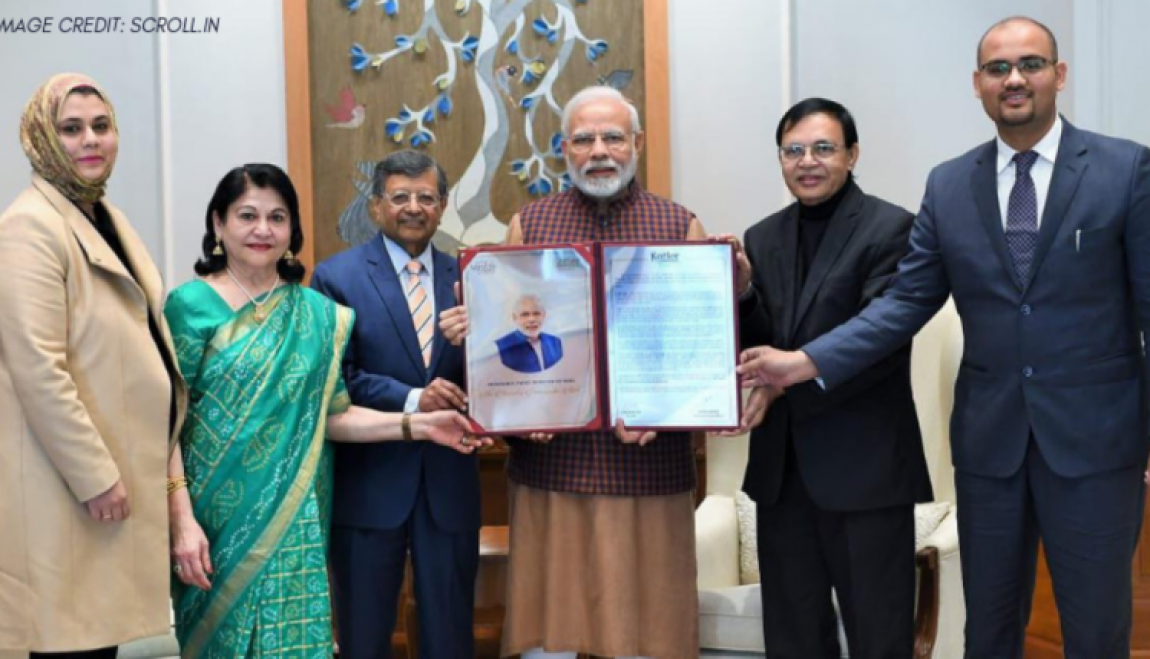 On Monday, Prime Minister Narendra Modi received the first-ever Philip Kotler Presidential award for his “outstanding leadership”. The award centres on the triple-bottom-line of ‘people, profit and planet’. A statement from the Prime Minister’s office said that the award is going to be offered once in every twelve months to the leader of a nation.

The award citation said, “Shri Narendra Modi is selected for his outstanding leadership for the nation. His selfless service towards India, combined with his tireless energy has resulted in extraordinary economic, social and technological advances in the country.”

It also added that under the leadership of PM Modi, India has been recognized as the focal point for innovation and Value Added Manufacturing, while indicating to Make in India. The citation also stated that India has become a global centre for professional services such as accounting, finance and information technology.

Why is Sara Ali Khan trending so much?