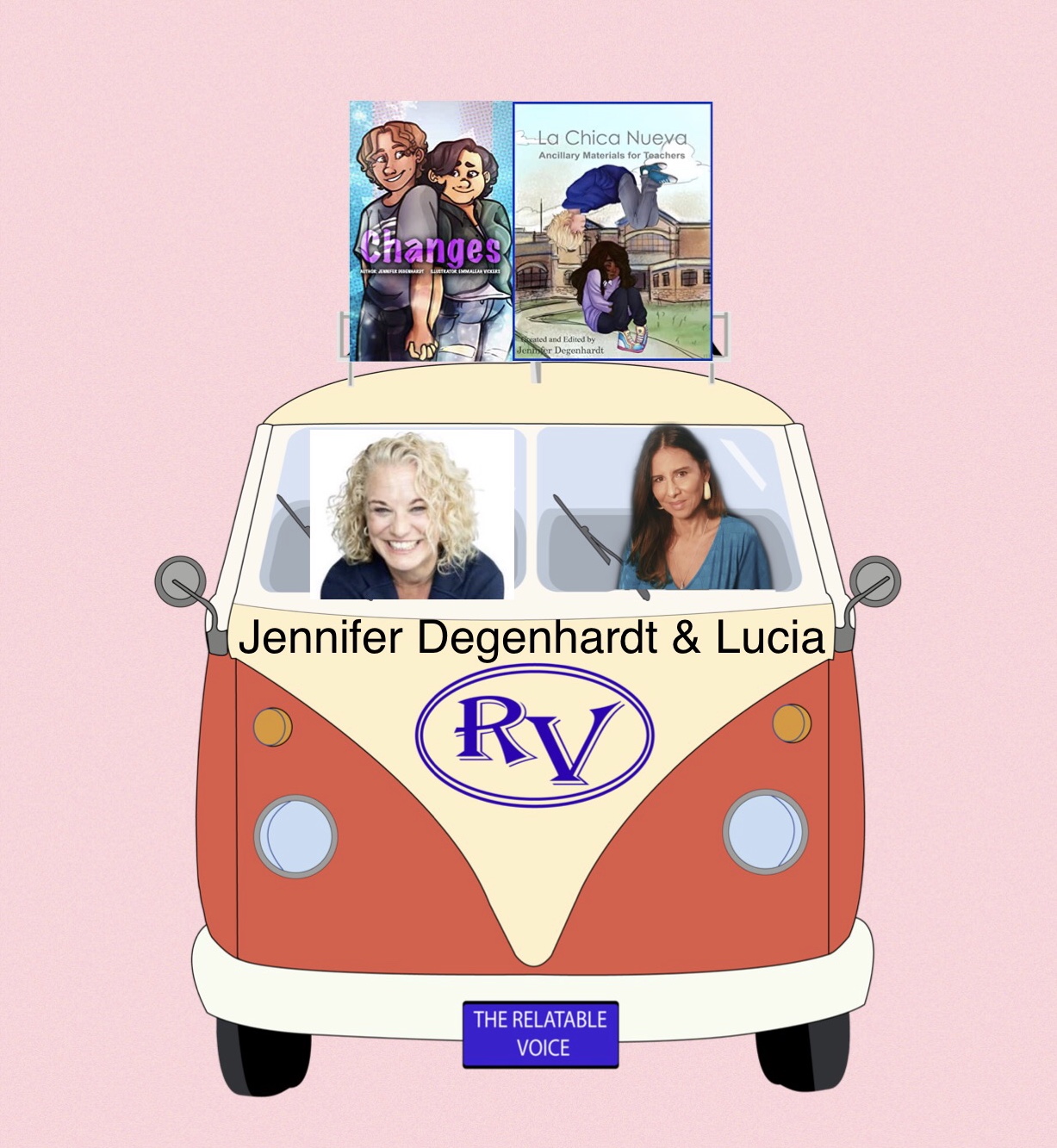 Jennifer Degenhardt Has a Mission: to Educate Through Stories

One year while teaching Spanish at a local high school, Jennifer Degenhardt had a couple of classes who were struggling with the language. Thinking there must be a better way to grab their interest and attention, she   wrote them a short novel, La chica nueva. “I wrote the basic story in a week,” she says. After reading the first several chapters, the students began to ask what was going to happen next. It was then that Degenhardt knew she was onto something.

La chica nueva is about a Hispanic girl, Taruka, who moves into a non-diverse town. Taruka faces many challenges being new, and even more when she befriends Cooper, a popular boy at the high school. In this book, as in many of her books, Degenhardt presents the story in different points of view. The story allows readers access to simple, but comprehensive language with a plot to keep them engaged. Though the two main characters suffer some setbacks in their friendship, the story ends on a positive note, as do most of Degenhardt’s books, all of which have covers created by students of different ages.

Since she wrote La chica nueva, Degenhardt has written nine more short novels, all with different themes and Latin cultures. La lucha de la vida deals with an adolescent learning about his own past as he learns about his father’s – a man who was a luchador in Mexico before coming to the United States. El jersey is a story about two young boys and their unlikely connection because of a Lionel Messi soccer jersey. In Los tres amigos Degenhardt further discusses identity with the difficulty that three teenagers have in their relationships with one another, mostly due to the figurative mask that one wears – at least until he becomes more comfortable with himself. And María María: un cuento de un huracán tells the story of a young girl and her family’s experience during Hurricane María. Through the sale of this book Degenhardt is proud to be supporting a non-profit organization on Puerto Rico.

Degenhardt’s latest book in Spanish is called Secretos. “It’s a good story,” Degenhardt says smiling. “When students can pick up a book and find characters with whom they identify, that’s a win for everyone.”  The book is about two teens, one in the U.S. and one in Argentina, both of whom have secrets to share, yet only feel comfortable doing so via WhatsApp.

In writing these books, the aim is to provide a Latin perspective to give students who identify as Latino/a/x a chance to see themselves in stories, and educate others (albeit simply) on aspects of Latin culture and even some social and political issues. “It is my belief that while learning another language is key to understanding each other, knowledge of culture is even more important.” The author continues to help bring the voices of underrepresented populations to the forefront. Recently she has published a story with a disabled main character, Con (un poco de) ayuda de mis amigos, another with a character with Down’s Syndrome, Pesas and a graphic novel, called Cambios, which is a love-in-the time of COVID story, with beautiful scenes created by high school senior, Emmaleah Vickers.

Currently, the author has no fewer than five new stories in the works, one of which is a play – her first! – which tackles the theme of racism. She is hopeful that in reading, and perhaps even performing the play, that students will become more willing to have conversations about challenging topics.

Jennifer Degenhardt’s books have been translated to French, English and German (select titles), all of which can be found on :