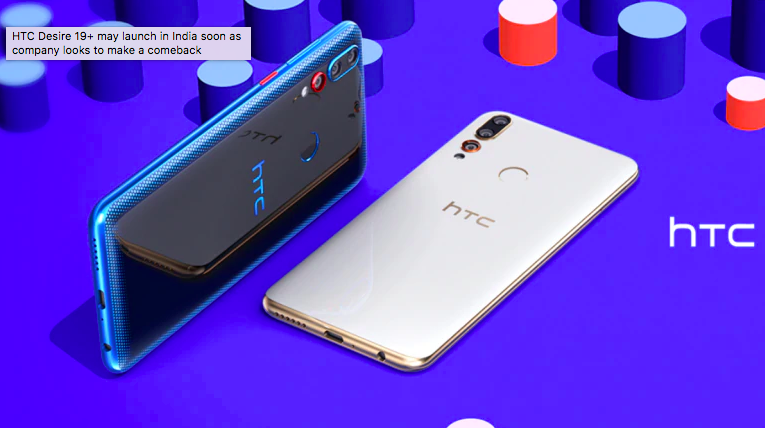 HTC seems to make a comeback with its upcoming smartphone Desire 19+ with a waterdrop display. HTC has been out of the smartphone game for a while now.

The company revived its official India-based Twitter account in order to tease the launch of a brand new HTC smartphone. Desire 19+ will be the first major HTC smartphone launched after the Desire 12 series last year. The upcoming smartphone is expected to come with a waterdrop display.

The company took to its social media and posted a teaser, the teaser posted by HTC showed the company’s contribution in the smartphone world. The company launched the HTC Touch in 2007, which was the world’s first touch-centric phone. And the very next year, i.e., in 2008, HTC launched the world’s first Google Android smartphone and in 2016 it brought the first phone with OIS for the back and front cameras. And now it is coming with Desire 19+.