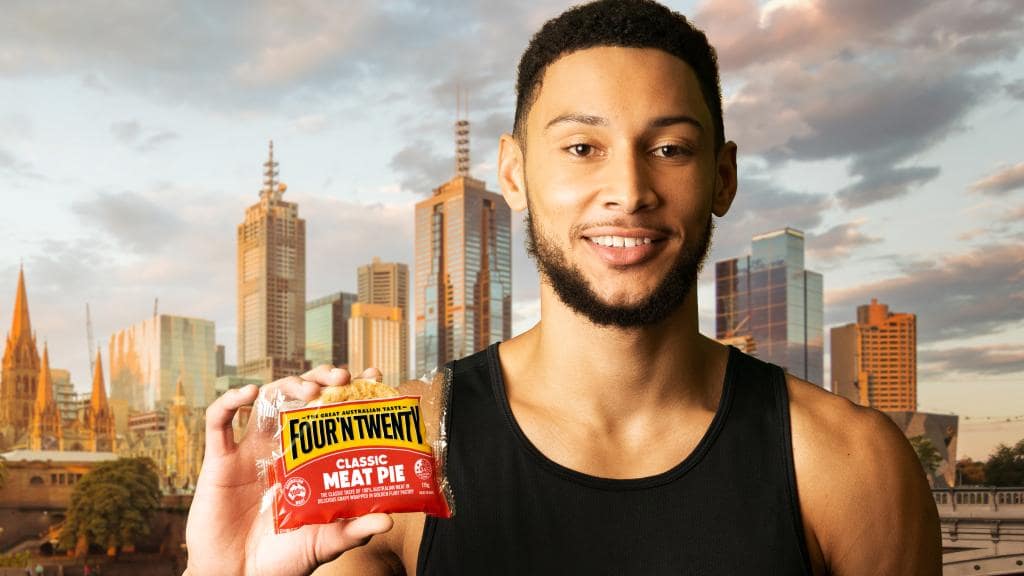 The NBL All-star, who was born in Melbourne, will have his name and image appear on all the product packs. Also, Simmons will be supporting the launch of new products in Australia and the US.

Talking about the partnership, Simmons said, “I’ve grown up eating Four’N Twenty pies and I still love them. I am thrilled to be a global brand ambassador for this iconic Australian brand. There is nothing better than a Four’N Twenty pie.”

General Manager of marketing and innovation at Four’N Twenty, Anand Surujpal said, “We’re thrilled to have Ben as the face of Four’N Twenty. He’s one of the biggest and most recognisable sports stars in the world today, and it’s an honour to have him return to his Aussie roots by showing his support for the country’s best-loved pie – the original fan food.”