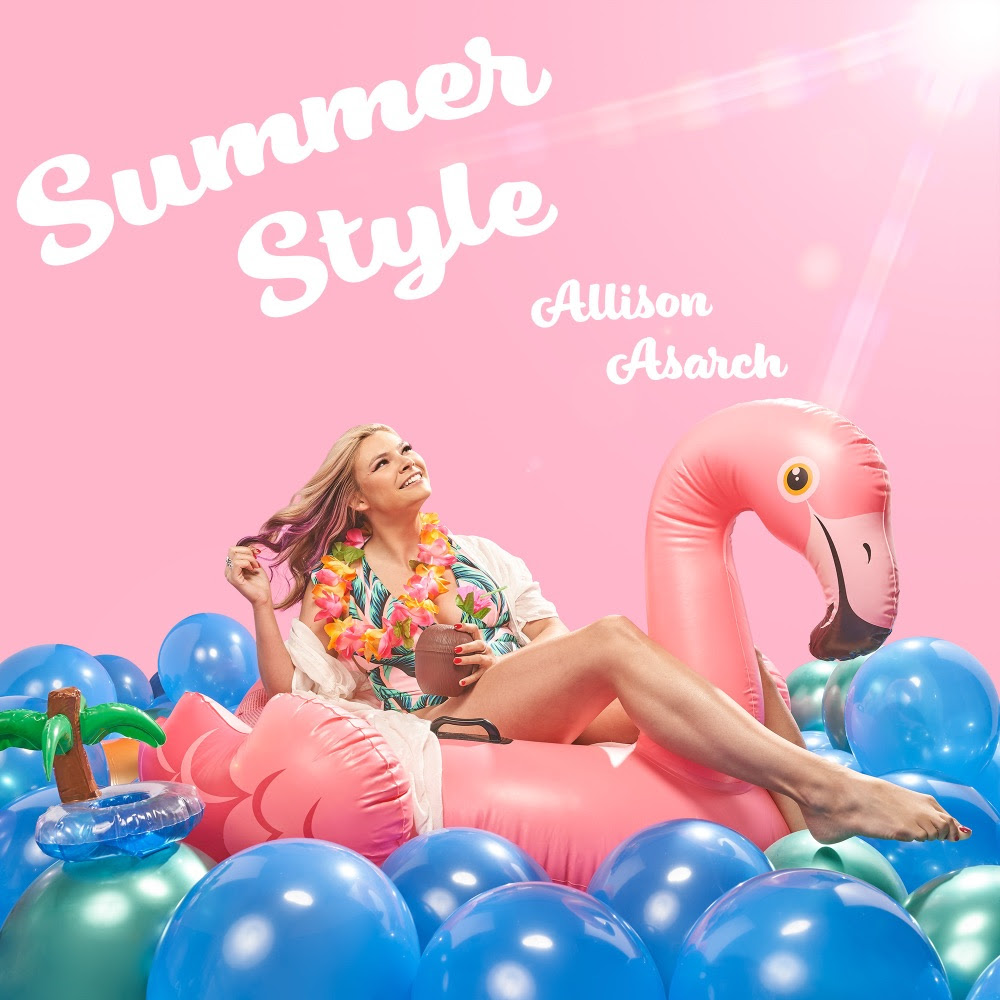 With fun-loving lyrics like surfboard riding, frisbee gliding, man, I’m loving those freckles on your nose, “Summer Style” (co-written with Andrea Renfree and Raymy Krumrei) is sure to be the party anthem of the season.

“I have been inspired by so many artists and I hope to inspire the next generation through my music,” Allison explains. “This song is made to get you excited for summer! After a crazy long 2020, I hope this songs gets you dancing and excited to be back out safely with friends and family!”

About Allison Asarch:
Growing up in Houston, Texas, Allison Asarch discovered her love for music at a young age. As a child, she would perform at her grandparents’ annual Christmas talent show, but it wasn’t until she reached 4th grade that she knew she wanted to make a career out of it. “My music teacher, Ms. Teagarden, had everyone singing and smiling…including the boys! I loved the joy music brought to me and everyone else.”

Raised on powerhouse vocalists like Tina Turner, Shania Twain and Freddie Mercury, Allison began cultivating her own unique sound while attending Otterbein University’s School of Music in Westerville, Ohio. It was there that she began teaching herself how to play the guitar, while also taking piano lessons during her freshman and sophomore years. She was also a member of the school’s choir, training in classical opera and traveling to Ireland and Germany to perform.

In 2018, Allison moved to Nashville, Tennessee to start chasing her dreams. When the Coronavirus pandemic hit in early 2020, she seized the opportunity to start recording and releasing her own music. Heavily influenced by Taylor Swift, Allison combines country, pop and jazz elements in her songs. In September 2020, she released her first single called Taylor Made. That same month, she appeared on the Netflix Original show “Sing On!” where she took first place and won over $42,000. She followed up with her second single, The One, in November and released Sippin’ on Somethin’ in February of 2021. Her latest single, Summer Style, is now available on all streaming platforms.

An advocate for female empowerment, Allison is building her team around talented women. “I know there are wonderfully accomplished women who play instruments, sing backup vocals, produce and create. I want to help shine a light on those women and organizations the best I can!”

Sahm Manouchehri – Your Two Goals as your Personal Injury Lawyer