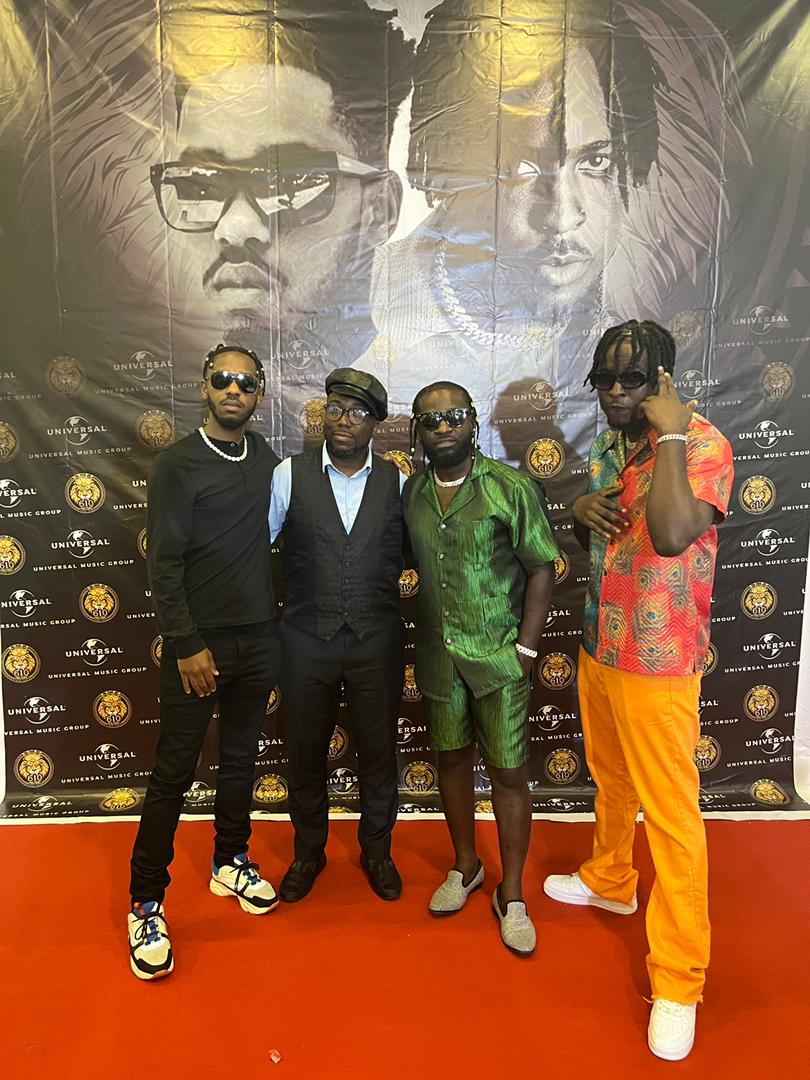 610Music Unveil Their Artistes, Korsah and Richflow to the World

Kofi Sonny, CEO of 610Music, a direct representative for Universal Music Group in Africa, unveiled two of his newly signed artistes to the world over the weekend. The event pulled in dignitaries from all over the globe to witness what many have dubbed “the birth of greatness.”

Korsah and Richflow were both unveiled to the world as artistes that have the required enthusiasm and aptitude to propel Ghanaian music to new heights. Kofi Sonny, beaming with confidence, stated his artists are ready to compete on the global stage and with no shred of doubt become sort after music talents.

Korsah first came to the attention of music fans when his single “Snapchat” went viral across major platforms in 2015. He has since grown and honed his skills. On “Hold On” and “Show Something,” he partnered with industry heavyweights such as Flowking Stone and Kofi Mole. Korsah’s latest single, ‘Hater,’ explores loyalty, envy, and how his notoriety caused strife with his former best friend.

Richflow, on the other hand, is a singer-songwriter based in the United States of America who rose to prominence after finishing 30th out of 1000 contestants in BET’s One Shot Competition, which was judged by DJ Drama. He was later listed as an artist on the rise in the iconic hip hop magazine XXL.

Both Artiste signed to 610Music have a lot in store for Ghana and the rest of the world. The goal of 610Music is to emerge from the African music scene and be ready to cross over into global markets with a development plan that will ensure domination for years. 610Music is based in Los Angeles, California, and has a secondary office in Ghana.

Matt Malone Comes Back With His Sophomore Album, ‘The Frontlines’

Ben Levin is The Author of The Week