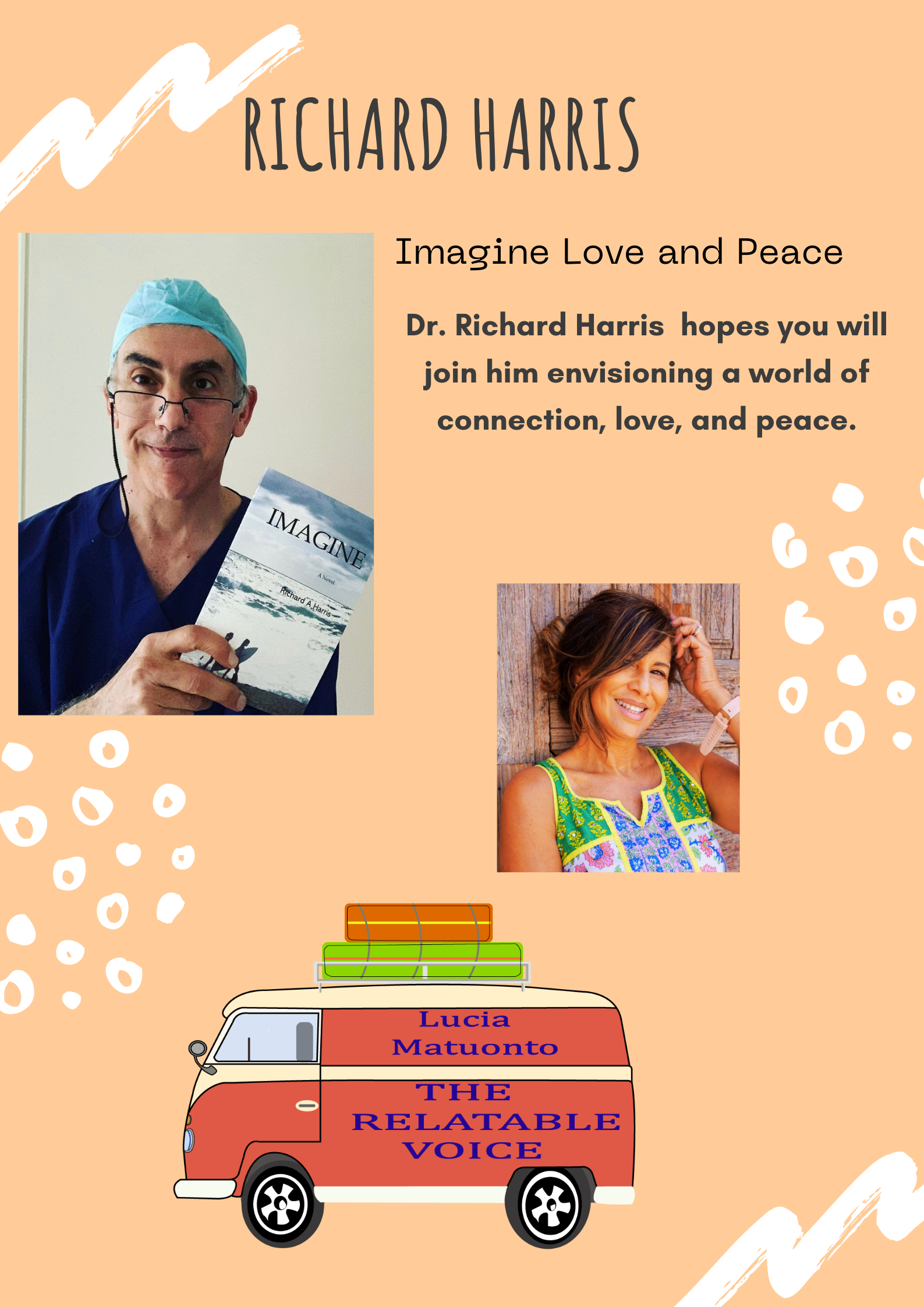 What is that sweet feeling?

Welcome back to the RV! Today, we are headed to Sydney Australia to speak with Dr. Richard Harris. Richard is a top vascular surgeon in Australia, as well as a writer. His debut novel is called Imagine.

He sat down after surgical rounds in that comfortable chair, looking out over the white tiles through the glass to the yellow-orange of the sand and the blues of the ocean and sky. He opened his two computers, one a PC, one a Mac. The PC for research, the Mac for writing and fired them up. Another long stare at the view. Up for a snack.

He wouldn’t see his wife till the purple pastels signalled another day done at the beach. He would arrive home and know that she was living, was dying, very much living. Her tear streaming from just one eye as the chemotherapy drug’s side effect profile blocked off one of her tear ducts. Such an incredibly debilitating thing. To cry without meaning to.

She would be on the lounge, having ‘looked after’ everything for the day. Settled. iPad in hand, looking up country properties to live out her years on. A horse again, some land, space, and trees. That sweet feeling. He sat down, their toes touching briefly again, 29 years married and the evening was had, a glass of wine, food from somewhere, early to bed. Such a beautiful woman.

He sees it’s approaching midday. Not a word is written. The joy of chasing the ideas that merge ultimately in these words. This magic on ‘paper’, one day, perhaps. Thousands of words, hundreds of hours, somehow found. The joy of sitting alone by the sea, watching YouTube videos about medieval paper making, of Mexican Cola factories and brightly coloured dwellings of San Sebastianus, the scholarly articles on wave harmonics and ultimately the call of hunger to walk the boardwalk and think and think.

He wonders where the words come from in the afternoon. The fingers tapping away, the ideas synthesised, the characters entwined, the scope of a novel. Produced from that sweet creative spot in the brain, such a sweet feeling. To drive home by the lake, the sun low and the soft breeze picking up the calm waters for that evening sun to diffract. Something magical stopping by and feeling the connection to such a creation of the universe.

And now the words don’t come so easily. The process, the habits, the cave, the words come harder.

And now he comes back to an empty home. No spouse on her iPad, no one to ask if they want a glass of wine, a cup of tea. And he knows the words are there to come. He feels the creativity bubbling, he is patient with himself.

The place where the writing happens. So often external but mostly internal. The joining of experience, imagination, wordcraft, and research. Having that place in your brain where you feel comfortable to output. He didn’t discuss his words with his partner too much. She gave gentle, tacit approval of him staring out to sea, understood more than most that he needed so much to do that. It was a quiet encouragement. He would have loved for her to have read it but like so many things in the denial of her illness, this damn cancer, it was something to look forward to when it was done. When it was finished.

She is still such a sweet feeling. She always will be. When the creativity flows she will be there with her gentleness and she will always be welcomed and loved.

You can order Richard’s book Imagine: A Novel at all good bookstores or you can search  Imagine: A Novel on google. Richard is a bit of a social media enthusiast so you can find him on all major platforms. Links can be found on his website https://www.richardaharris.com/

All That Glitters Is Not Gold: Financing Life Insurance