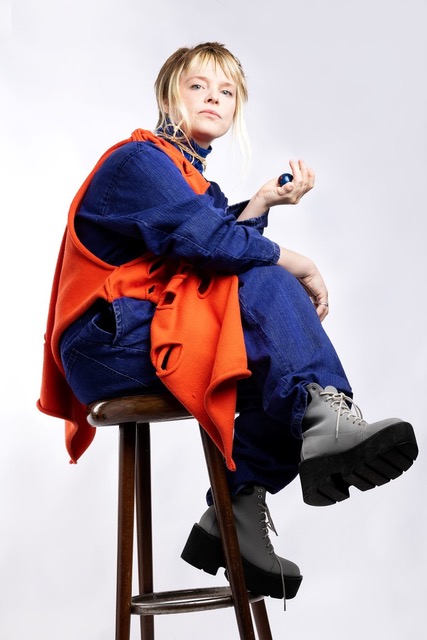 Wallis Bird releases her new single “The Power of a Word”

On March 4th acclaimed singer songwriter Wallis Bird shares ‘Power Of A Word’ – the second instalment from her upcoming seventh studio album, HANDS, set to release this May.

Offering a thought-provoking look into the forthcoming LP, ‘Power Of A Word’ is one of the more mellow tracks on the album, exploring the depth behind actions and words. How often, at times, the power of a word at best can change everything – but at its worst it can also do the same. Despite the analytical nature of the track, it manifests a soothing essence as an affluence of melodies wrap around Wallis’ distinct vocal.

WALLIS: “Power of the Word was written around about the time that Trump got voted out, thankfully, because he had the best words. I hate even talking about the man but it was a really big turning point, it was a great release in the world. The song highlights the power that words can have, that they can be useful and dangerous. The Power of a Word was written in about three hours, it was one of those moments when it just happens…it clicks.”

Irish born and Berlin based, Wallis Bird has released six albums since 2007, for which she’s won two Meteor Awards, Ireland’s annual music prize – mostly recently for Best Female Artist – and a prestigious 2017 German ‘Music Autoren Preis’ (Music Author Prize), not to mention two further nominations for the Choice Music Prize, Ireland’s equivalent to Britain’s Mercury Prize. In addition, she’s racked up over a thousand shows during the past decade, earning a reputation worldwide for her legendarily passionate, energetic and good-humoured concerts. Wallis has also previously found a champion in American artists Amanda Palmer, and the Irish Times once noted that Bird’s irrepressible trademark energy on stage could “kickstart an entire economy”.

‘Power Of A Word’ propels us into Wallis’ seventh studio album to date! HANDS – also known as ‘NINE AND A HALF SONGS FOR NINE AND A HALF FINGERS’ – is a turning of the spotlight onto herself, raising issues that are sometimes far harder to face. Confronting themes of trust, alcohol abuse, stagnation, self-censorship and self-improvement. Each of them, however, is delivered by a voice uncommonly blessed with joy, ingenuity and empathy.

‘Power Of A Word’ is available now. STREAM HERE.

“Fine Dining: The Secrets Behind The Restaurant Industry.”