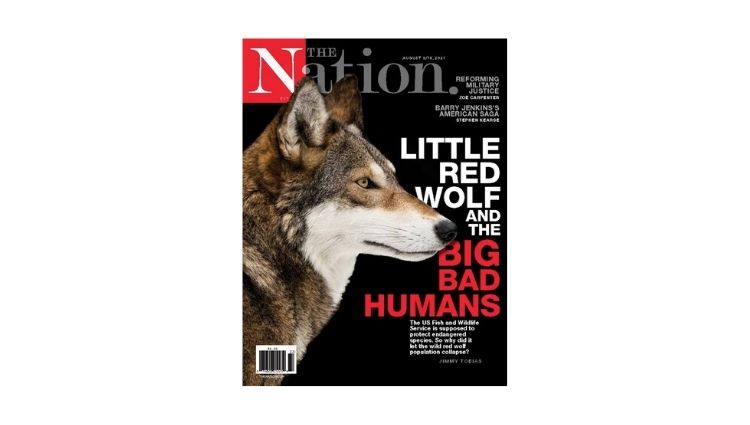 Until the troubled summer of 2015, red wolves had been the protagonists of a stunning, if controversial, conservation success story. Once on the doorstep of extinction, extirpated from most of their range by varied forms of persecution—poisoning, shooting, trapping, and the destabilizing impacts of development—they had been like dinosaurs watching the asteroid arrive. There were fewer than 20 true red wolves left in the wild when the FWS swooped in to save them in the 1970s. A decades-long federal reintroduction effort boosted the wild population about tenfold, all of which lived in or around the 152,000-acre Alligator River National Wildlife Refuge on the North Carolina coast. The first major experiment in large carnivore restoration in US history, the red wolf program would ultimately inspire and inform the successful reintroduction of the gray wolf to Yellowstone National Park in 1995 (an effort now also under attack and facing a bleak future).

But those achievements are now in ruin. This is the story of how and why the FWS, our country’s eminent conservation agency, walked away from its red wolf reintroduction program and let the wild wolf population collapse. The retreat started during the presidency of Barack Obama and continued under Donald Trump. Today there are maybe nine, maybe 20 true red wolves left rambling across the landscape.

It shouldn’t be a big surprise. The story of the red wolf comes with a broader context: It is emblematic of an FWS that is increasingly loath to govern, all too often folding under pressure from powerful interests. Indeed, despite the agency’s duty to protect and recover imperiled species, its top leaders appear determined to turn their back on the Endangered Species Act when political expediency suggests it. And when it comes to wild wolves, the politics are particularly treacherous.

For reasons ranging from the obvious to the almost mystical, the agriculture industry, certain well-heeled hunting groups, and the lawmakers who represent them have long harbored a profound antipathy toward these animals. Collectively, these groups and others like them have pushed an anti-wolf agenda that has increasingly taken on the tones of a broader culture war—one that sees many wildlife conservation programs as the embodiment of overzealous environmental regulation and creeping government tyranny. Wild red wolves have been some of the most significant casualties to date, but the trouble won’t stop with them.

How to trust your intuition?

How Okay Mental Is Changing Lives Across The World