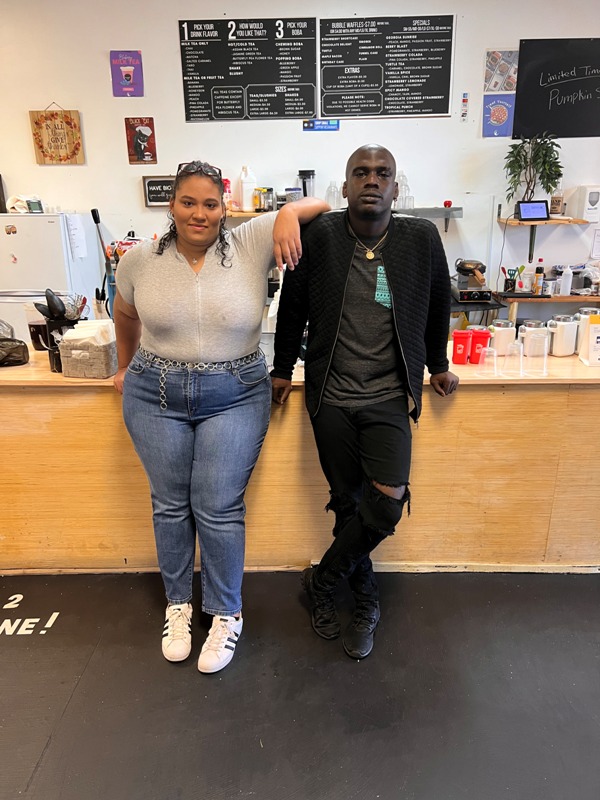 Isaac King and partner Ashley Cothern celebrate one year in business! Having opened up a Bubble Tea shop in the city of Waycross, the little cafe that could chugs along. We wanted to speak with the owners about some things they learned in their first year and future plans for Purrfect Tea!

HELLO ISAAC KING AND PARTNER ASHLEY COTHERN, WELCOME TO BRAND.EDUCATION! SO WHAT WAS THE HARDEST PART OF THE FIRST YEAR IN BUSINESS?
Ashley: Trying to handle discouragement, you get discouraged a LOT and not letting it get to you is a task itself.
Isaac: I would say getting used to the roller coaster. You get up and the world could be ending and several different things could be going wrong, and by lunchtime you’re on top of the world again.

WHAT WAS ONE OF THE HIGHLIGHTS OF YOUR FIRST YEAR ?
Ashley: Seeing how many people actually wanted something like the cafe in the city.
Isaac: Honestly, the act of just MAKING it that first year, it’s a blessing.

WHAT WOULD YOU GO BACK AND TELL YOURSELF WHEN YOU FIRST STARTED THE CAFE ?
Ashley: It’s going to get rough, just keep going.
Isaac: BELIEVE!!! You’ll be surprised what happens this year.

WHAT ARE YOUR PLANS FOR PURRFECT TEA IN THE FUTURE ? NEAR AND FAR?
Both: The goal is to open up about 3-5 more cafes across South Georgia, following that, we plan on following our other pursuits and career paths.
Purrfect Tea has been making waves across South Georgia and there don’t seem to be any signs of stopping! We look forward to see the continued progress and success of Purrfect Tea!

Interview With the Author Karen Mangia

Why SEO Is An Essential First Step For Any Size Business