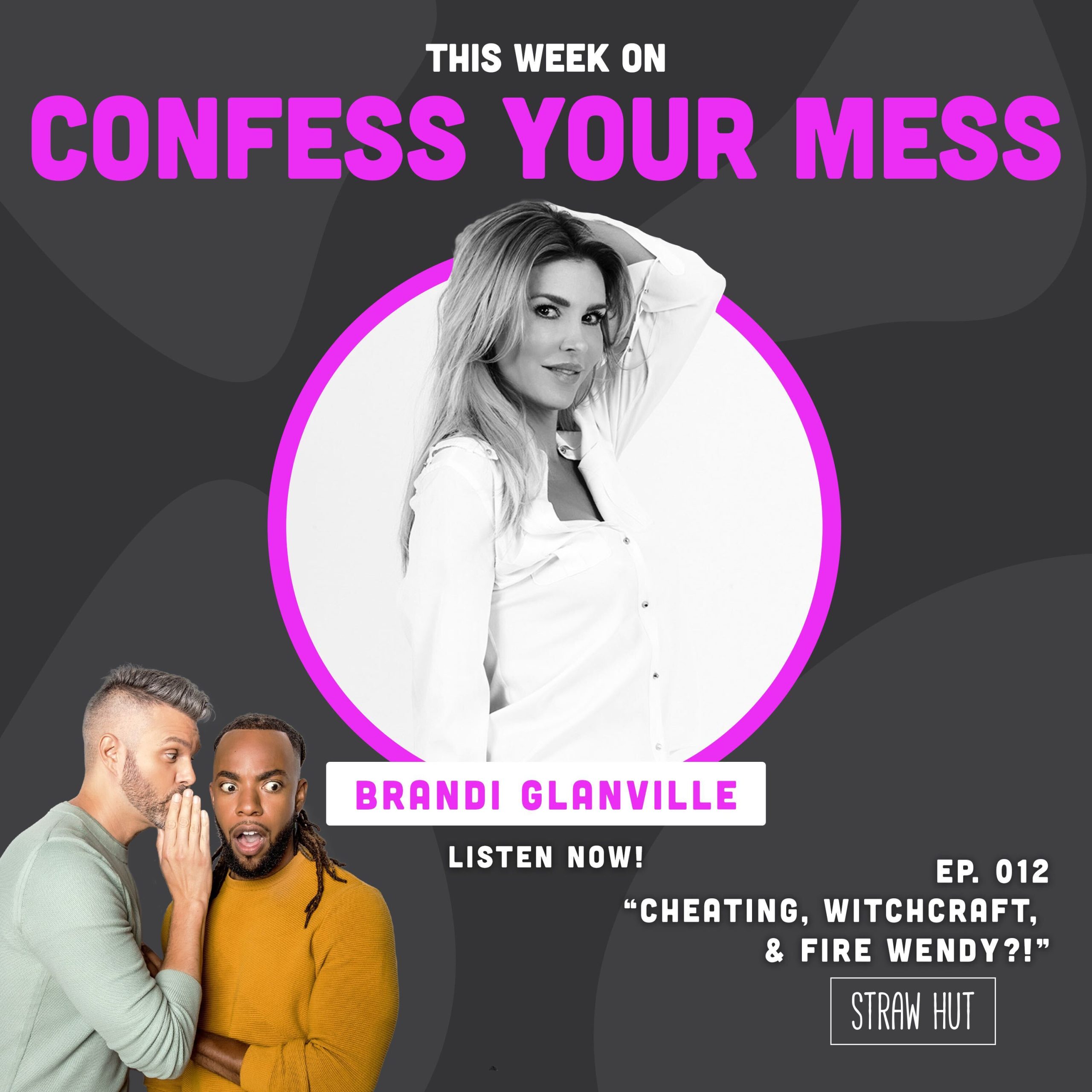 RHOBH Star Brandi Glanville Dishes on Reunion, Erika Jayne, Lisa Rinna, and who should be brought back and fired from Franchise on “Confess Your Mess” Podcast Hosted by Emile Ennis Jr. and AJ Gibson

Straw Hut Media, the podcast network that brings you Brandi Glanville Unfiltered, Genuinely GG, and PRIDE, announces a new podcast hosted by Emile Ennis Jr. and AJ Gibson. Confess Your Mess is the go-to podcast for the juiciest listener-submitted and celebrity secrets, expertly spilled each week by Emile and AJ, with special celebrity guest appearances from their impressive circle of friends.

The duo released their 12th episode today, Thursday, November 4th with author, podcast host of Brandi Glanville Unfiltered, and ex-housewife of Bravo’s The Real Housewives of Beverly Hills, ​​Brandi Glanville. In this episode, Brandi shares her thoughts on Erika Jayne’s legal troubles and praises Lisa Rinna for being “a truth seeker. I love her… On this show, she’s being the best housewife she can be by finding the truth.” She also confesses that she thinks Phaedra, Jill Zarin, and Monique should return to the franchise, and Wendy should be fired from Potomac because “she turned so housewife so quickly… It needs to take you a few seasons to get to where she’s at.”

Previously the lead host/producer for Clevver News, Emile’s entertainment stories and celebrity interviews have been viewed more than 100 million times globally, making him one of the most successful entertainment journalists in the digital space. He is a regularly featured contributor on FOX’s Emmy-Winning talk show The Real, Amazon Live and recently co-hosted the official HFPA Presents: Golden Globes Countdown Live with his fiancé AJ. He received national press for his in-depth interview with Issa Rae and has been featured in Cosmopolitan, The Hollywood Reporter & more!

Newly engaged to Emile is TV/radio personality, author, and motivational speaker, AJ. AJ can be heard five days a week as the current host of the nation’s first LGBTQ+ radio talk show The Morning Beat. He was also the host of the nationally syndicated daytime talk show Hollywood Today Live on FOX and appeared as a guest co-host on Access Hollywood Live and The Wendy Williams Show, where he has been a regular entertainment correspondent since 2016.

“We’ve worked really hard, in partnership with our team at Straw Hut Media to create a super fun, sometimes inappropriate escape every Thursday,” shared AJ. “Some of our best friends and your favorite celebrities will be stopping by to give honest reactions to your secrets and revealing their own exclusively here.”

Emile shared his excitement by adding, “Listeners will gasp, giggle, and sometimes even gag, as for me, AJ and a celebrity guest reveal and react to listener-submitted secrets, along with some scandalous skeletons from celebrities far more popular than us – so join the party!”

Mental Health: Five Things No One Ever Told You

Importance of Training and Development for Employees and the Organization