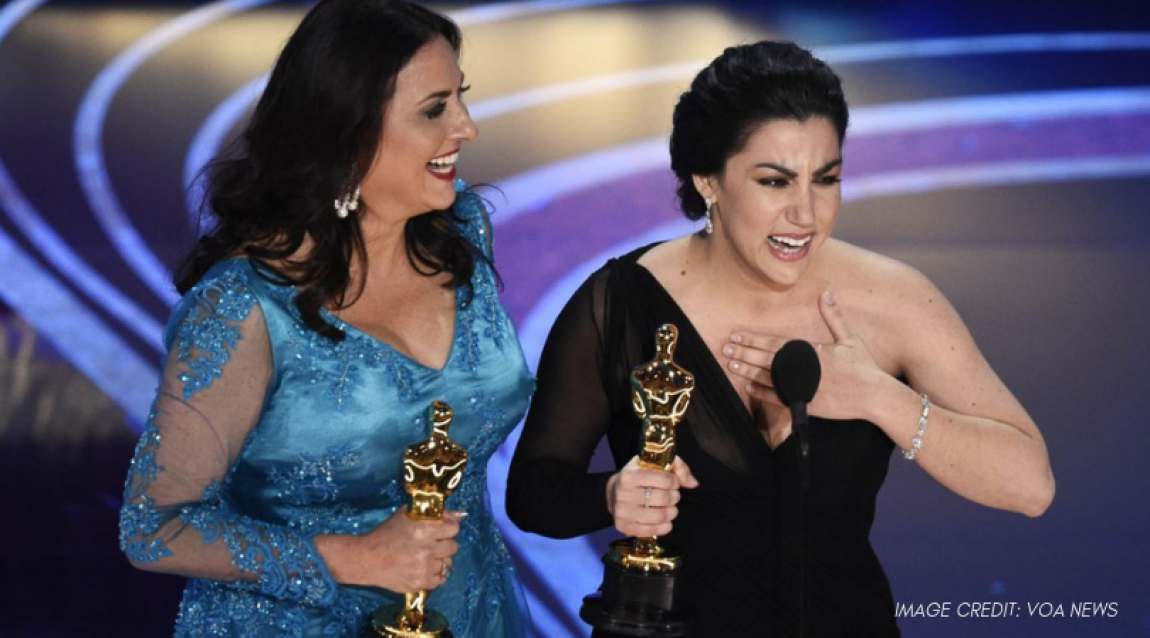 An India-set film on the taboos around menstruation ‘Period. End of Sentence’ wins an Oscar in Documentary Short Subject category at the 91st Academy Awards ceremony on Monday. Directed by the Iranian-American director Rayka Zehtabchi, the 25-minute documentary has been produced by Indian film producer Guneet Monga, who is also the producer of films like Masaan, Lunchbox.

The short film also features the real ‘Pad Man’ and focuses on the work of real-life ‘Pad Man’ Arunachalam Muruganathan. “I’m not crying because I’m on my period or anything. I can’t believe a film about menstruation just won an Oscar,” said director Rayka Zehtabchi in her acceptance speech.

The documentary shows girls and women in Hapur in northern India and their struggle with the installation of a machine that produces low-cost biodegradable sanitary pads, also how they sell to other women under the brand name FLY. The short film was in competition against Black Sheep, Lifeboat, A Night at the Garden and End Game.

Zendaya is the new ambassador for Lancôme

SRK is roped as brand ambassador for Kent’s new product