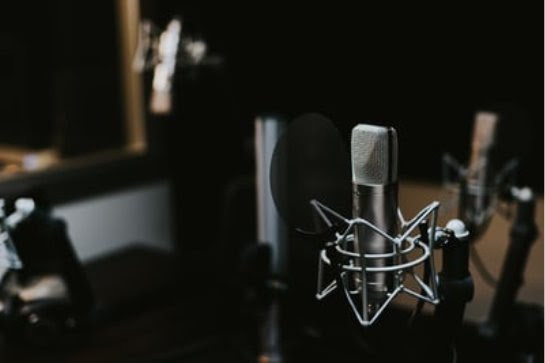 As podcast advertising sales surpass one billion dollars and are planned to double by 2023, the creators are focusing on accessibility and interaction with the listener

Podcast is the content format that has very recently witnessed some immense growth in popularity which was exceptionally fueled by the lockdown. According to eMarketer, in 2021 monthly podcast listenership in the US is predicted to increase by more than 10% year-over-year to 117.8 million.

As podcast advertising sales grew to a 1 billion USD industry this year and are expected to double by 2023, Spotify has invested billions in podcast companies and creators for the past few, also spending on video podcasts, or vodcasts, to become the most popular platform for the format. Due to users experiencing ad fatigue from various visual ad formats, the receptiveness of consumers for the podcast ads is scoring higher than influencer marketing, a marketing tool that was measured as the most effective back in 2020.

Currently, an average podcast listener is spending a little more than 44 minutes per day listening. While more than 60% of US adults ages 18 to 34 do listen to podcasts monthly, Sweden is the global leader in podcast consumption with almost half of the respondents ages 18-64 claiming they listened to at least one podcast in the last year, followed closely by Brazil and Ireland according to a recent Statista’s Global Consumer Survey.

This year Spotify is adding auto-transcribing to its’ Exclusive and Original podcasts, intending to enable transcripts to every podcast on the platform. The feature also allows the user to navigate in the transcription with or without the sound. Such increased accessibility is not only appealing to users with impaired hearing but also to multilingual audiences – the natural next step after transcribing podcasts is translation.

Reaching users around the globe in their native language requires qualitative translation that is accurate and makes the translated content sound natural. The recent controversy regarding the transcription of Squid Game only proves the relevancy of authentic translation and accuracy. A show that was watched by over 140 million households in one month and is Netflix’s most-watched original series, was criticized for a poor translation that changed the authentic thought behind it.

“Instead of using automatic speech recognition (ASR) engine, our transcripts are made by humans, and translations – by native speakers” claims Mindaugas Čaplinkas, the CEO of Go Transcript, one of the market’s key figures. “That ensures quality and accuracy. AI has an error rate of 12%, while the precision of human ear is 99%.”

Encouraging podcasters to subtitle their content to reach new listeners, Go Transcript is a human-driven transcription company that has previously worked with multiple clients who host podcasts, including the BBC and the New York Times.

Subtitles can also boost the number of a podcast’s listeners by way of increased accessibility – according to WHO, around 5% of the world’s population (430 million people) are deaf or hard of hearing. This means that by adding a transcript of their show, podcasters could potentially be reaching out to a big additional audience.

While marketers encourage subtitling podcasts as a way of Search Engine Optimization strategy, some podcasters are motivated to safe keep audio footage in writing for easier access and analysis. Branch251 podcast author says “Transcripts indeed help with SEO, but it’s not the reason we’re doing it. For us, it’s much more about creating a historical record and to provide access to people who might have difficulty listening, for whatever reason.”

As podcasting is growing in popularity and subtitles are proving to be an integral part of their expansion strategy, it is only a matter of time when transcriptions are widely available.