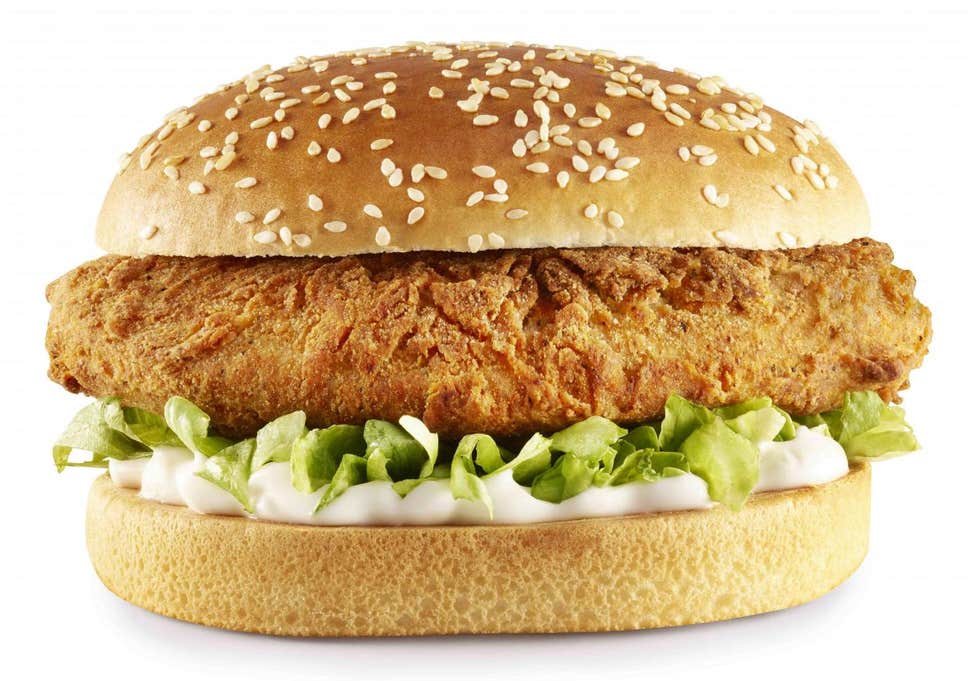 KFC Announces Launch of Vegan Burger in the UK

Despite its global reputation as a fast food chain renowned for its inclination for chicken, KFC has finally entered the vegan food market, by launching “The Imposter.”

KFC (Kentucky Fried Chicken), as it’s been named since its inception in 1952, announced the launch of a vegan burger in the UK. “The Imposter” burger replaces KFC’s typical chicken breast fillet with a fillet made from Quorn, coated in the Colonel’s Original Recipe herbs and spices.

The burger is served with vegan mayonnaise, fresh iceberg lettuce and a soft-glazed bun. “The Imposter” burger will be tried in selected restaurants in London, Bristol and the Midlands from 17 June for a four-week period.

Ritika Gulati is renowned Fitness, Nutrition & Lifestyle Specialist from India. Ritika has been featured on various news channels including Haryana News and Janta News with the special featured program.

Toreto ropes in Rannvijay Singh as their brand ambassador