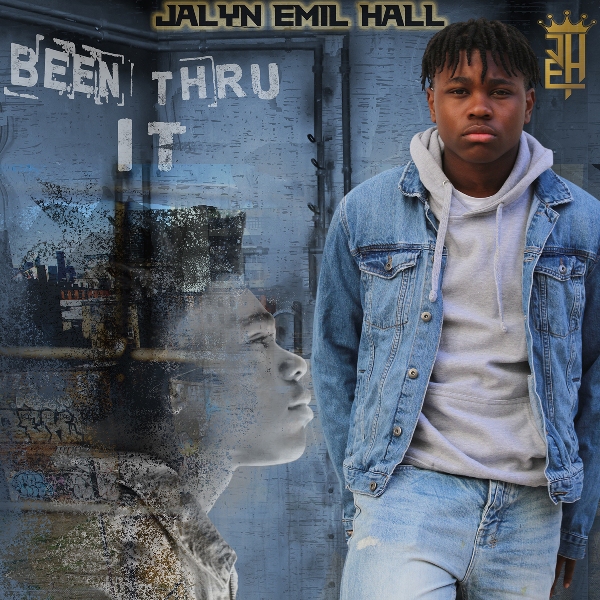 Jalyn Emil Hall Unveils The Official Music Video For His Sophomore Single, “Been Thru It.”

California-based recording artist Jalyn Emil Hall has released the official music video for his sophomore tune, “Been Thru It,” directed by Landon Coats. The three-minute track was first made available for streaming in April of this year. Malcolm Gerard Harvest produced “Been Thru It” and was inspired by the struggles that the artist’s own family has had. The song is meant to motivate listeners to persevere in their pursuits and be tough in the face of adversity. The music video of the track is produced by Michelle J. Harvest of BTMR Entertainment Group and Jaclyn Suri of Pelican Point Media. Jalyn Emil Hall delivers a vocal performance that is assured and brims with self-confidence, bringing his genuine heart to the mic. His signature, rapid-fire flow can be heard throughout the entirety of the song, and it successfully communicates the alluring demeanor he exudes at the same time. “Been Thru It” certainly leaves the audience wanting for more.

Jalyn Emil Hall started his career at the tender age of six. He began making appearances in television series and movies and has since established himself as a well-known actor. He first appeared in the 2018 film “The House With A Clock In Its Walls,” and he has since established himself in the industry with appearances in “NCIS: Los Angeles,” “Black-ish,” and “Shaft” (2019). He made an appearance in the sequel Space Jam: A New Legacy, which was released in 2021, and he is presently playing the lead character of Dillon James in the television series All American. He is currently filming the movie Till alongside Whoopi Goldberg, as well as a sports drama television series by Disney+ called The Crossover. In 2020, Hall released his first single, “One of a Kind,” and began building on his musical talents from there. This talented artist plans to release two more singles this summer, leading to an album release sometime in September.

“Been Thru It” is now available on all major streaming platforms, including Spotify and YouTube. Also, you can follow Jalyn Emil Hall on Instagram and reach out at Michelleharvest1@gmail.com for any booking-related questions.