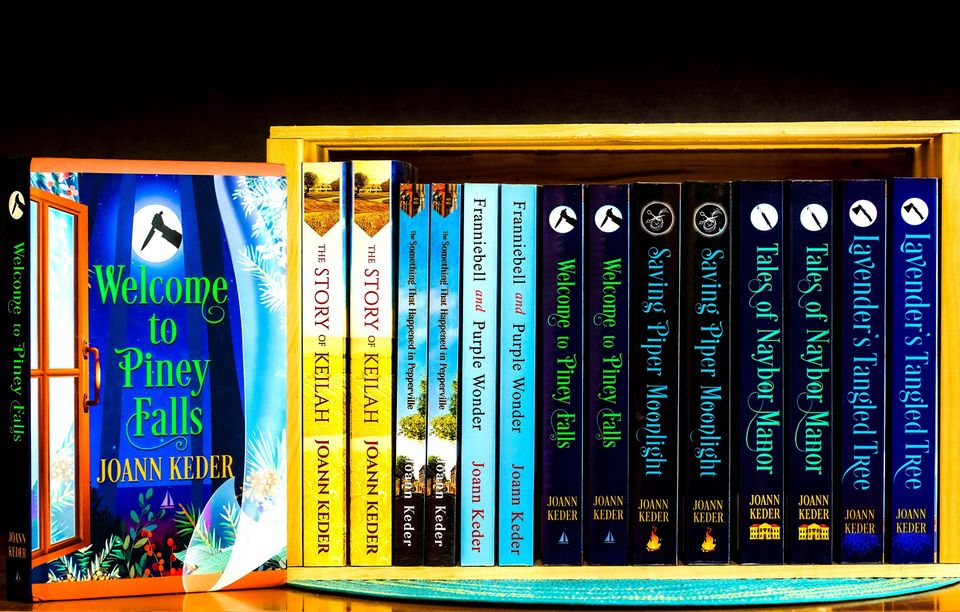 This is a story I tell often—my immersion in the writing world. I think it’s important not only for me, but for others to hear you can find your place in the world at any age. What I don’t usually include is what happened after I allowed my passion to bloom.

I started writing little stories at the age of eight. They all included illustrations of very large families. When I was in the sixth grade, I wrote my first novel. Actually, I used the family old-fashioned typewriter, via one or two fingers. It was a story about a girl my age who became president.

After that experience, I put my writing (literally and figuratively) on a shelf. Writing novels was better left to experts in the field; people with the intellect and know-how to tell a good story. The one thing I’ve done the best in my life is convincing myself I’m less-than.

You would assume at this point I would determine this is the path for me, but remember my best skill? I was less-than, and others knew how to do it better than me. It wasn’t until my husband experienced a life-threatening event I acquiesced to that little whisper inside.

He was out hiking one afternoon on one of our beautiful Pacific Northwest cliffside pathways when he had a massive heart attack. Fortunately for him, the first person to encounter him was a 911 operator.

After flatlining six times, he was miraculously stable. The doctor wasn’t sure if he’d ever function normally again. I was sitting beside his bed, listening to the machines buzz when it finally hit: if I will not listen to that little voice now, then when?

I spent his recovery writing my first full-length novel. This is the point at which I usually end this story, leading the reader to believe I rode off into the sunset on my large white horse. Nothing could be further from the truth.

We were adjusting to my husband’s new neurological limitations, as well as his abrupt retirement. Not exactly the prime time to begin a new passion, but this formerly small voice in me wasn’t about to go away now.

I wrote out the first draft and then sought a local writer’s group for feedback. It was a giant leap of faith. The first group I found met on the second floor of an organic restaurant. When I walked in, there were twelve people seated around the group of tables. They were a somber group, most everyone dressed in black.

I wasn’t sure what to expect, but as people went around the table reading their work, one thing became obvious; if I was looking for a boost, it wasn’t happening here.

Once the author finished reading the chapters or page, the sedentary group leapt into action, devouring the hard work of each author like a pack of wolves who had been lying in wait for their next rabbit. I could see why everyone was so glum.

The next group I attended met at restaurants around town. The woman in charge was upbeat and wanted to accomplish many things. Okay, I thought. Now we’re getting somewhere.

She moved to another state the next month.

I wish I could remember how I came to be in the third group. I remember the leader asking for a sample of my work and any references. This sounded like a group of serious authors who would not put up with depressed wolves or move on a whim.

They met in the back room of a dimly lit winery. There were only eight people in attendance, and all had achieved some level of success. After introducing myself and touting my brief writing credentials, I sucked the air right out of the barrel-filled room.

Maybe they were much friendlier than I perceived, and because of my history of feeling less-than and bad writing group experiences, I viewed them through foggy glasses. As they went around the circle reading their latest works, the newly minted sense of identity I had shrunk.

At the end of the evening, they began talking about their shared experiences. It was one of those awkward situations where there wasn’t any right time to get up and go. So I sat and listened to stories of their usual bar, their camping trips, etc.

When my husband came to pick me up, I was in tears. Whatever pride I felt in myself was gone. I wasn’t anything like these people. It would have made sense to quit the group that night. Since this was my third try, I decided I would stick it out.

Again, I’m not riding off into the sunset. The white horse is still in the barn.

I attended these meetings for six months, sobbing after each one. They never got easier, but somewhere along the way, I gained a better sense of myself. I would not quit writing, whether I fit in with a group of writers.

The group blessedly moved to a location further away, making the logistics too difficult for me to attend any further meetings. I can’t say I’m sorry.

Eventually, I found the group I’m in now, via a Facebook search. I approached the first meeting with apprehension. One lady, who I later learned was making six figures every year, sat beside me and gave me her contact information. Another asked if I’d give him a signed book. I came away from the experience optimistic. The next month, there were other new faces. The group is large enough attendees vary.They are friendly people who encompass beginning writers to the six-figure pros and I’ve finally found my tribe.

The lesson I learned is that it’s about persistence. Some people hit the jackpot on their first try, and that’s fantastic. My story doesn’t follow that arc, but it does include one very diligent woman who doesn’t quit.

Joann Keder is an Award-Winning author of ten novels and seven short stories. You can find her work at: Joann Keder Books
https://www.facebook.com/jkederauthor

Surviving Grief:  A bereaved father’s take on how society can learn from grief

Ally Eandi Continues To Amaze Her Fans With Her Latest Single, “ghost boy.”