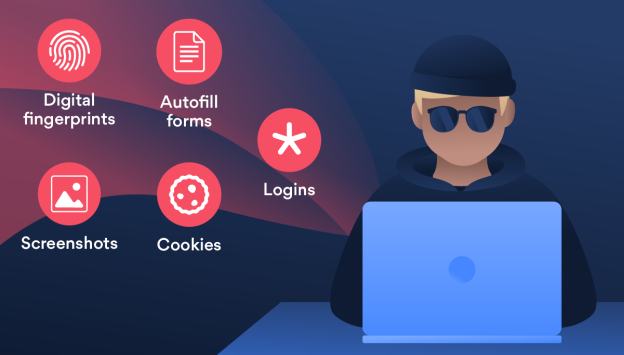 Data of five million people for sale on bot markets

At least five million people have had their online identities stolen and sold on bot markets for $6 on average. Out of all the affected people, 125 thousand are Americans. This makes it the 8th most affected nation in the world.

This data comes from research by the cybersecurity company NordVPN, which looked into three major bot markets. The word “bot” in this situation does not mean an autonomous program – in this case, it refers to data-harvesting malware. Bot markets are online marketplaces hackers use to sell data they have stolen l from their victims’ devices with bot malware. The data is sold in packets, which include logins, cookies, digital fingerprints, and other information — the full digital identity of a compromised person.

“What makes bot markets different from other dark web markets is that they are able to get large amounts of data about one person in one place. And after the bot is sold, they guarantee the buyer that the victim’s information will be updated as long as their device is infected by the bot,” says Marijus Briedis, CTO at NordVPN. “A simple password is no longer worth money to criminals, when they can buy logins, cookies, and digital fingerprints in one click for just six bucks.”

Researchers analyzed three major bot markets: the Genesis Market, the Russian Market, and 2Easy. All of the markets were active and accessible on the surface web at the time of analysis. The data on bot markets was compiled in partnership with independent third-party researchers specializing in cybersecurity incident research.

The most popular types of malware that steal data are RedLine, Vidar, Racoon, Taurus, and AZORult.

What information do hackers sell on bot markets?

You can learn more about how bot markets work by watching this video:

[1] The rest of the stolen logins are indicated in the table “Stolen logins found on bot markets” below.

The scariest thing about bot markets is that they make it easy for hackers to exploit the victim’s data. Even a rookie cybercriminal can connect to someone’s Facebook account if they have cookies and digital fingerprints in place, which help them bypass multi-factor authentication.

After logging in to a user’s account, a cybercriminal can try contacting people on a victim’s friends list and send malicious links or ask for a money transfer. They can also post fake information on the victim’s social media feed.

Information stolen from autofill forms or just by taking a device screenshot can help these actions look more believable and trustworthy. And you will have no way to detect who used your data.

“Some tactics are even simpler. A hacker can, for example, take control of a victim’s Steam account by changing the password. Steam accounts are sold for up to $6,000 per account and can be easy money for a criminal,” says Marijus Briedis.

“To protect yourself, use an antivirus at all times. Other measures that could help – a password manager and file encryptions tools to make sure that even if a criminal infects your device, there is very little for them to steal,” adds Marijus Briedis.

The methodology, together with more information about the three analyzed markets, can be found here: https://nordvpn.com/research-lab/bot-markets/

NordVPN is the world’s most advanced VPN service provider, used by millions of internet users worldwide. NordVPN provides double VPN encryption and Onion Over VPN, guaranteeing privacy with zero tracking. One of the key features of the product is Threat Protection, which blocks malicious websites, malware, trackers, and ads. NordVPN is very user friendly, offers one of the best prices on the market, and has over 5,000 servers in 60 countries worldwide. For more information: nordvpn.com

NETGEAR Christmas Gifting Guide for the #TheStrongestConnection ever