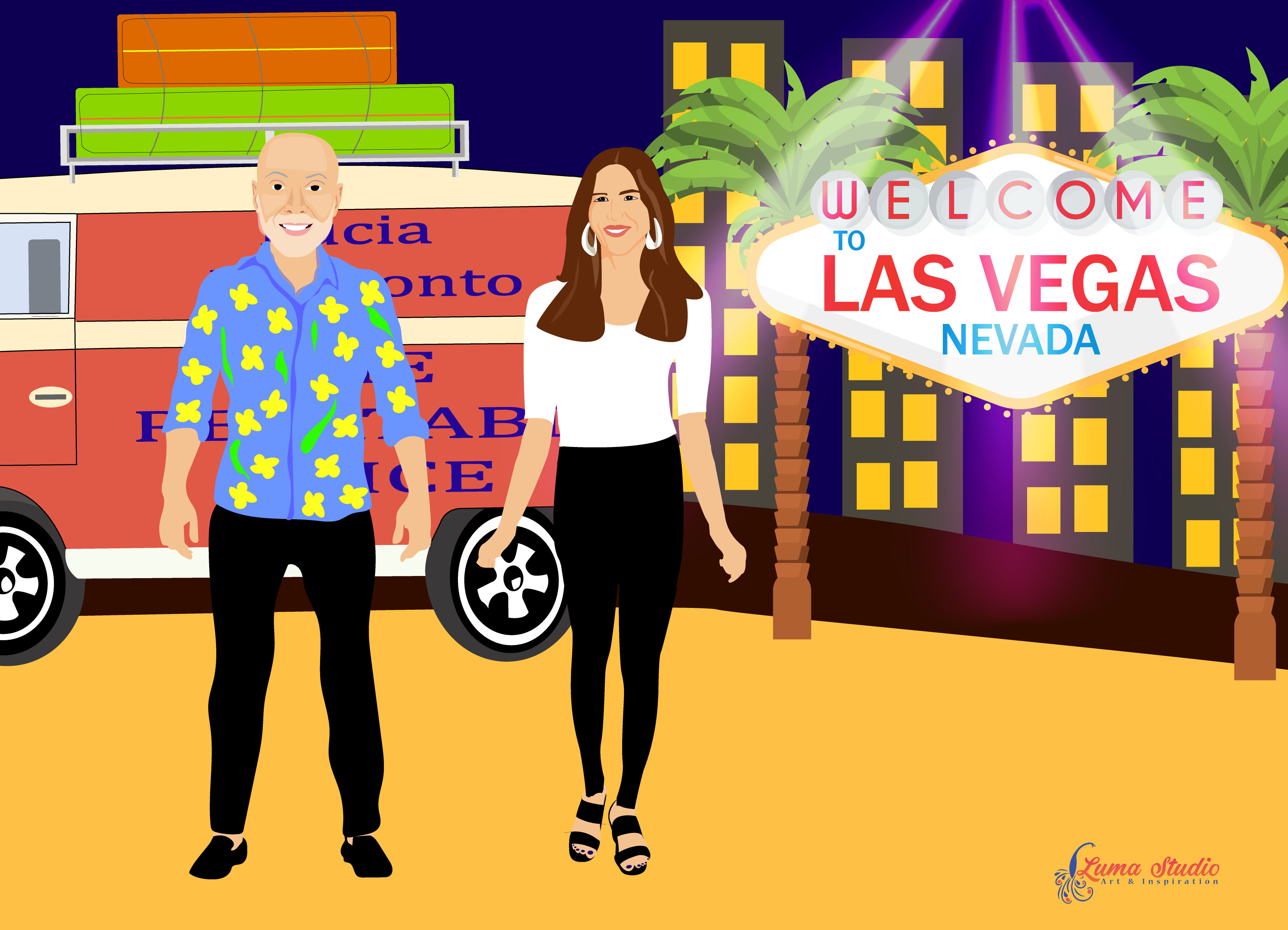 Although I’ve written advertising and marketing materials my entire professional life, I didn’t start writing fiction until my mid-forties. I joked that it was how I handled my midlife crisis: safer than a Harley and cheaper than a divorce. I found it much more personally satisfying than creating a brochure or radio commercial.

As a long-time Las Vegas local, I wanted to write books that accurately depicted an insider’s view of our town in all its quirkiness, told with a dash of humor. The idea for my fist novel, “Dice Angel,” came from a classified ad in the back of one of our alternative weekly newspapers. “Call Julie,” it said. “I will bring you luck at dice.” Typical Vegas, I thought. Soon, I was off and running.

My first goal was modest — just see if I could finish a manuscript. I had never written anything longer than a 20-page report in college and the idea of an 80,000-word novel seemed daunting. I carved out writing time in the early morning hours, chipping away Monday through Saturday, sometimes working up a full head of steam but just as often grinding out the words. After eight months, I completed my first draft.

My next step was to rewrite and polish until I felt comfortable sending the material to an editor. (Kind of like cleaning the house before the maids drop by.) I was fortunate to find an outstanding editor who appreciated my offbeat approach and odd sensibilities. Good writing, I learned, is a collaborative affair. My editor was a stern taskmaster and forced me to up my game.

With completed manuscript in hand, I embarked on an 18-month traditional publishing journey. First stop, “Writer’s Market,” to identify publishers willing to consider an “unagented” author. I sent out more than 60 packages, each one customized to suit the publisher’s individual requirements, and waited. And waited. Mostly, if I heard from the publishing houses at all, I received form rejection letters. A few acquisition editors sent hand-written notes. Some were encouraging; others told me to get out of the business

Over time, I got five bites I’d consider semi-legitimate. (I also heard from a couple of vanity presses that essentially wanted me to mortgage my house for a boxcar full of hard cover books.) Three of the houses wanted me to make major changes to my story, changes that would have made it unrecognizable. I stubbornly decided to pass. Another offered me a deal, and then rescinded it before I could sign. Something about a merger, if memory serves.

At the end of the 18 months, I had nothing to show for my efforts except a wealth of new experiences. Not a bad tradeoff but I felt time was not on my side. Fortunately, I ran into a fellow hawking his science fiction novel outside my bank one day and he told me all about self-publishing. This was back in 2001 when short-run printing and the Internet first made it economically feasible for guys like me to test the waters. He gave me the names of all his connections. Within a couple of months, I had started my own small publishing company, Hardway Press (because I’m doing it the hard way).

I’ve been extremely pleased with my self-publishing journey. Through grass roots marketing, the Web and special promotions with Las Vegas-related businesses, I’ve sold nearly 38,000 copies of my novels “Dice Angel” and “Money Shot.” My indie success also led to traditional publishing deals for my next two books, “Restless City” — a collaborative Vegas serial novel — and “The House Always Wins,” — a Vegas ghost story.

I’ve never worked harder (book promotion is like running for office, except there’s never an election), and most of the revenues get plowed back into books and marketing. But it’s opened up a whole new world of opportunities for me. And I’ve met a bunch of nice people, readers and other authors alike.

The books need to be as good as the ones coming out of traditional publishing houses. But if you can “hang,” as my kids say, it’s worth rolling up your sleeves and taking the plunge.

Brain Dance: My Journey with Invisible Illness, Second Chances, and the Wonders of Applied Neuroscience – by Author Diane Grimard Wilson