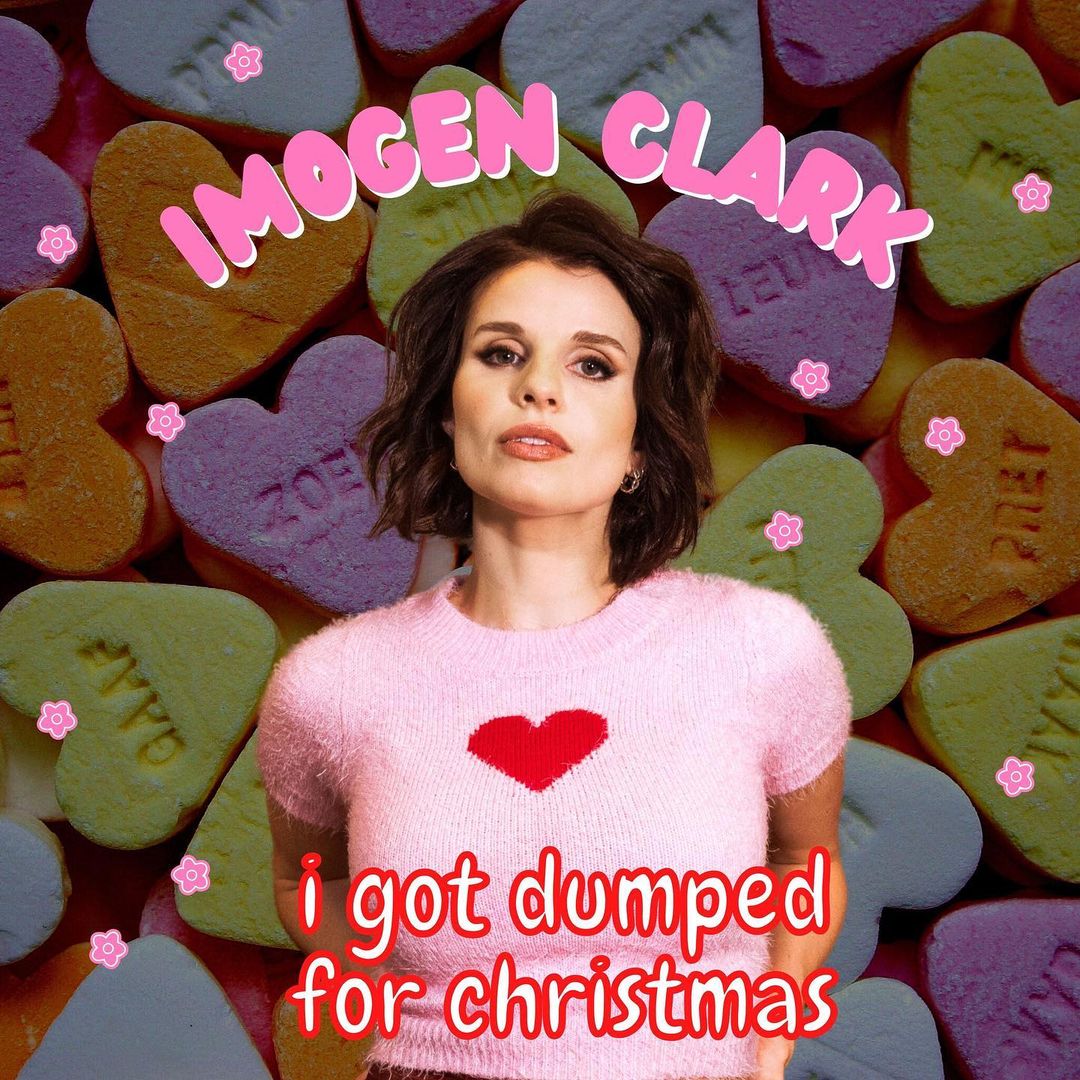 SYNDEY, AUS – AIR-nominated Western Sydney singer-songwriter Imogen Clark returns today to cap off an epic year with the cathartic, “I Got Dumped for Christmas”, out now!

“I wanted to write a Christmas rock anthem for all the bitter single girls like me who got dumped this year. It’s a loud cathartic rock banger you can drink lots of eggnog and sing along to a bit too loud. Don’t forget your problems this Christmas, wallow in them – but in a fun way.”

A few weeks ago, Imogen found herself in a Nashville co-writing session with APRA-winning songwriter Phil Barton and the impending holiday season, combined with a tumultuous year in Imogen’s personal life, spilled out together unexpectedly into a thrashy Christmas song.

Racing against time, Imogen worked with frequent collaborator Michael Carpenter to build the track from the other side of the world and put down vocals in LA with Bastards/The Making of Me producer Mike Bloom.

“The song just flowed out so easily and felt so right, and the perfect summation of my 2022, I had to get it out for this holiday period, and we just made it by the skin of our teeth!”

2022 has been a busy year even by Imogen’s standards, as an artist who refused to let the pandemic stop her birthing new music into the world and connecting with her fans around the world. Barrelling into the year by collaborating with Mo’Ju, Ali Barter, I Know Leopard and more on her 2nd Annual Holiday Hootenanny show in Melbourne, she followed up by assembling a supergroup featuring Adam Newling and members of Middle Kids and Superorganism on her standalone single ‘Enemy’ (co-written with Alex Lahey), which kicked off her epic 100 Shows in 100 Days tour. Criss-crossing metro and regional Australia, mixing headline shows, supports, pop-ups and live-stream gigs, the tour powered through obstacles including visa issues, a COVID-induced week off, flooding and more to wrap up triumphantly in Adelaide the night before the AIR Awards, where Imogen was nominated for Best Pop Album/EP for last year’s BASTARDS, also releasing her acclaimed singles ‘Nonchalant’ and ‘Compensating’.

Cutting her teeth playing in Western Sydney bars during her teen years before touring and recording around the world, from the US to Europe to the UK, Imogen brings the depth and confidence of a seasoned superstar to the stage despite her youth. Taking inspiration from legends like Bruce Springsteen and Joni Mitchell as much as contemporary heroes Maggie Rogers and HAIM, Imogen’s music continues to dissolve the barriers between her emotions and her audience, even as her music and shows get bigger in size and scope.