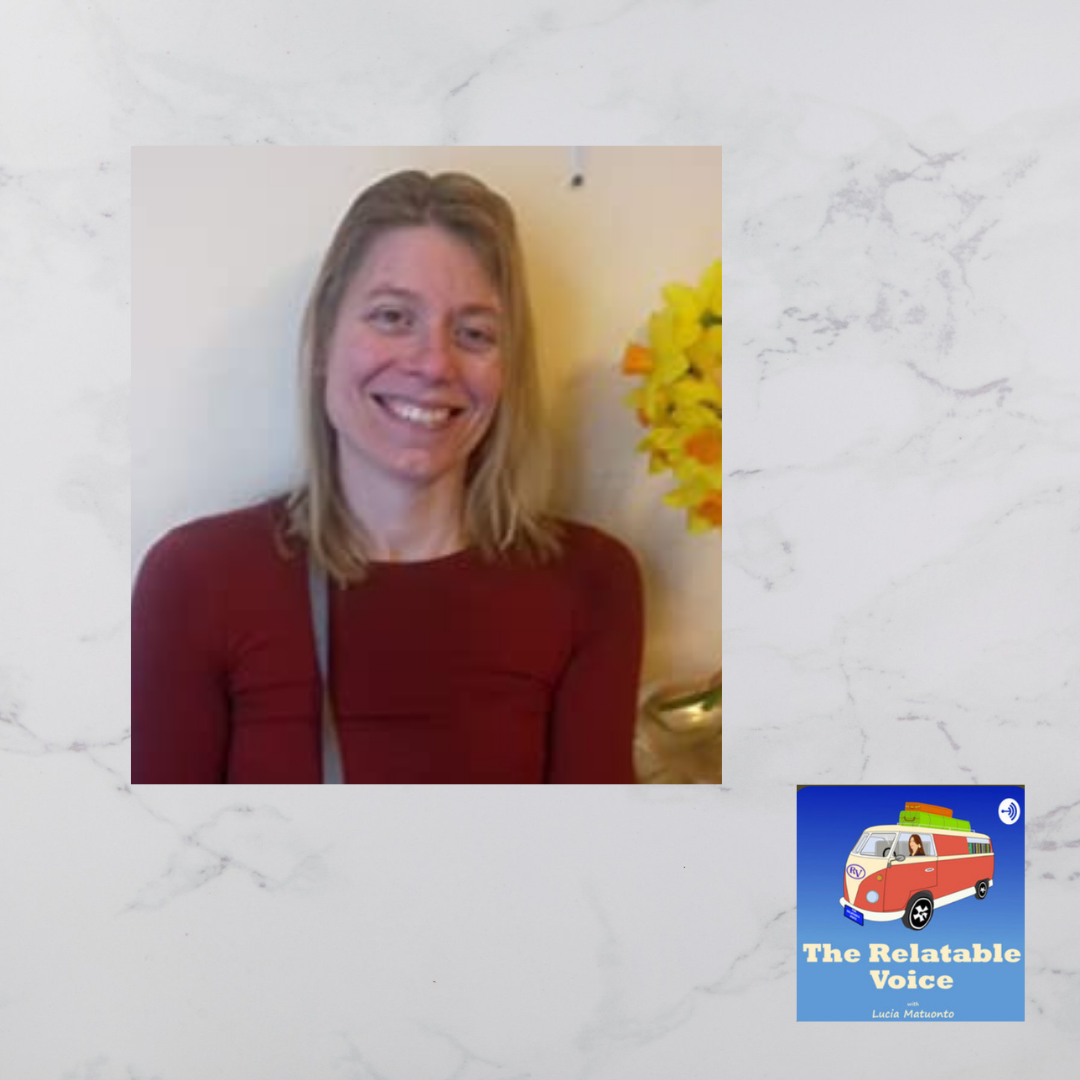 Around the World at any Time

On today’s episode of the RV, we are in Ireland  to speak to Anouk Beale.  Anouk was born and raised in Amsterdam and have lived in different countries as France, The US , Saudi Arabia, Russia and Caribbean. Anouk was diagnosed with MS and Lupus some years ago and she is here to talk about her life and her recent book called The Hill of Kings.

I was born and raised in Amsterdam. I have three-year older brother. I now know that all the experiences made me. My mom was in the Olympics in Mexico in 1968, she was 8th of the world in shot put. My dad was an architect, he worked in different countries around the world, as in Moscow, Saudi Arabia and Curacao. My parents bought some land in the south of France when I was 2. My dad designed a house which my parents build.

Every holiday we went there for my parents to build some more, my brother and I happily played in the large garden. After secondary school before college that is where I lived and worked, seen that there was no work I moved to a larger town after the summer. When the year was over, I moved back to the Netherlands to follow a BA in hotel management. In the last year I had to do a work placement, after having been let go of my first one I decided on one for which I had to got to Atlanta, Georgia. This is where I met Anthony. I was supposed to stay in the hotel for the 2 months.

The hotel was fully booked, one of their staff members (Anthony, from Ireland) had a spare room to rent, I moved in on the first day we met, the 18th of January 2002 we started going out on the 20th and got engaged on the 28th. A couple of days later I walked into a turn still I got a bruise the size of a saucer, the GP. Done some blood checks, when the results came back, he referred to a blood specialist. When I arrived there the sign read cancer specialist, Anthony’s face turned white as he had seen a ghost. I wasn’t faced yet, nothing had been confirmed, she did more test feeling some lumps in my neck. She took some blood test and when the results came back, she wanted to do more checks. I was going back soon therefore I would go to my own GP back home. When I was home, I was let go of my work placement, as a final choice I was offered a placement in my college. I had a week before I started and I went to visit Anthony in Ireland. All my blood checks came back normal, 4 months later I lost the feeling of strength in my legs and there was the feeling of pins and needles going up in both my legs up to my belly button. When I had an appointment with a hematologist in hospital and I told him about my symptoms in my legs he sent me directly to a neurologist. Without delay he hospitalized me a week later after numerous tests I was diagnosed with MS.

I told Anthony that I understood if he wanted to leave, he was angry with me and stayed. For the first six months after my diagnosis, I did nothing besides going to my work placement. In December of that year, I got a dvt in my right leg, before I was put on blood thinners, they found out I was lupus positive. This is when at 22years I decided to live my life as I always had envisaged and regardless of my diagnosis I moved to Ireland. In 2003 I was diagnosed ant phospholipid syndrome. I went on rebiff an MS medication, which I stopped when I got pregnant. That first pregnancy ended in a I miscarriage at 20 weeks in 2007. To deal with it I looked at the first 5 Harry Potter movies everyday, his live was a lot worse then mine. We still got married in 2008 after which I had 2 more miscarriages after which I decided to stop working in a company. Not being able to sit home and do nothing I looked for something to do from home. Everything drained my energy except coming up with stories, I got that the premises were good but my writing wasn’t.

When I got pregnant again, I was morning sick 24/7 for my entire pregnancy. Not daring to do anything to endanger this pregnancy I sat in my chair the entire day long. At 34 weeks we realized we were going to have a baby in 5 weeks, I was going to be induced at 39 weeks. I gave birth to a healthy girl in 2010. After I had given birth, I continued the rebiff which I stopped when I got flu like symptoms as a side effect 7 days a week. I always wanted 2 children and got pregnant again, I gave birth to a healthy boy in 2013. In the same year I was diagnosed with secondary progressive MS. I now sit full time in a wheelchair I still don’t take any medicine instead I try to lessen my symptoms in a holistic way. Even though I stopped taking the medicine, I did research on how I could better my health. I kept track of all my research which I published in a book called My Body my Way.

My children are healthy, active and happy children. In all this time I have kept my head active coming up with new stories retraining myself in writing. The Hill of kings is the first book in the book series ‘Around the World at any Time.’, in these books I use information that I find interesting and did not know even though I have been there. In all the stories I write I use truthful subjects to teach the reader something. As in i wrote a story including endangered animals to get children to remember them.