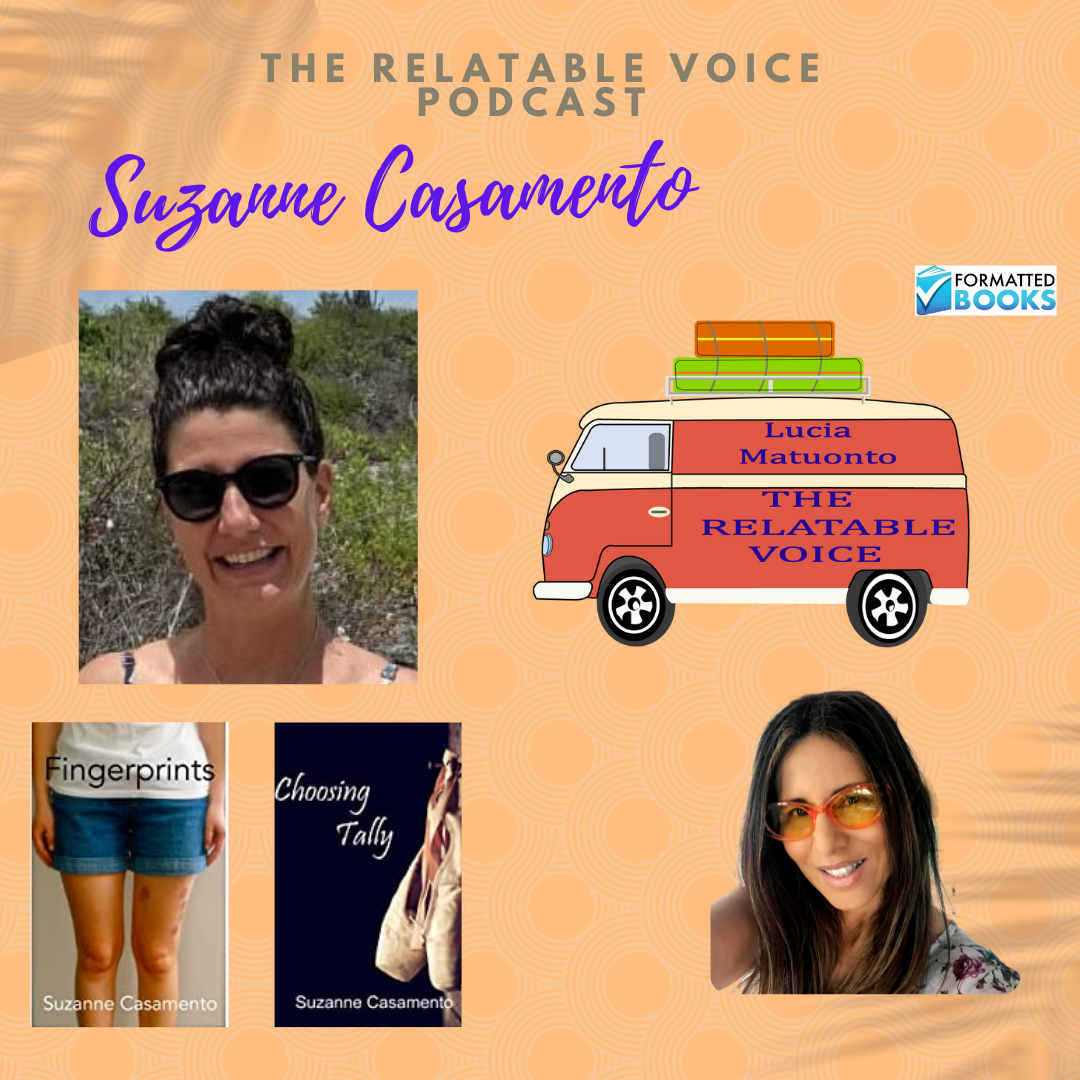 The RV is back on the road heading to the Green Mountains in Vermont to talk to Suzanne Casamento who is fresh off a two month stay in Bonaire in the Caribbean Netherlands. Suzanne is the author of the books Fingerprints and Choosing Tally. Her latest book is called All the Moments in Between.

When I was a child, there was a lot of yelling in my house, so I would hide in my room or my treehouse and read books. Through books, I visited the Big Woods and the Shores of Silver Lake. I crossed the Bridge to Terabithia, solved mysteries with my friend Nancy Drew, and escaped, even if just for a Wrinkle in Time.

I didn’t know it then, but my love of books was carving a path to becoming an author. During an interview at Emerson College (which I was woefully unprepared for), the interviewer asked what I wanted to major in. I hesitated because I really hadn’t thought about it. (Back then, getting into college was a lot less competitive, so if you’re not a Generation Xer, just roll with me here.) The interviewer prompted me, “We really liked your essay.” So, I replied, “I want to be a writer.”

At Emerson, I took a Writing for Magazines course, where we learned to write and pitch stories to magazines. I pitched a story to Seventeen and a few weeks later received a letter back from the editor. She wrote that the story wasn’t right, but she liked my writing, and to keep sending her ideas. I smoothed out the creases in the letter and hung it on the refrigerator where I could see it every day.

A REAL editor liked my writing.

I pitched that editor stories for the next three years until finally, I got a phone call from her saying, “Congratulations!” They wanted to publish my story, “The StepPeople,” about the first summer after my mom and my stepfather got married and his two kids and me and my brother all lived in the same house. (Let’s just say it wasn’t a lovefest.)

After that, the editor would call whenever she was looking for something. She’d say, “I need a piece about going away to college,” or “What can you write about summer love?”

I became a freelance writer and began writing for another (now defunct) magazine called All About You. I wrote a monthly column called “Attitude Adjustment” that was filled with mini quizzes, information, and resources around “How To” topics like, “How to Deal with Change” or “How to Be Happier.”

Meanwhile, I wrote a book. Then I wrote another book. Then I wrote another book. And finally, I wrote a book worthy of publishing. FINGERPRINTS is loosely based on that first summer with the step people and an abusive relationship I was in as a teenager. CHOOSING TALLY is a follow up novel where the three best friends in FINGERPRINTS deal with another difficult situation when one of them is videoed during an intimate moment.

I recently finished a women’s fiction novel, ALL THE MOMENTS IN BETWEEN, about a woman who uses all the wrong strategies to cope until they no longer work and she has to learn to heal.  In this novel, Kate Edison thought she’d finally gotten everything she wanted; a job as a set decorator, a fiancé who adored her, and the perfect Hollywood Craftsman bungalow for the two of them to renovate together. But when Kate discovered she was pregnant, the doctor found a lump in her breast. After Kate was diagnosed with an estrogen driven cancer, she had to make the unbearable choice between her life and the baby’s. When she chose herself, her fiancé ghosted her and she was left alone in the empty run-down house.

Instead of dealing with her trauma, Kate makes bad decision after bad decision. She drinks to forget her abusive childhood and her estranged sister, cancer, and the abortion, and has an affair with a married man. A leaky roof in a never ending LA rainy season forces her to invite a set carpenter into her neglected home. She’s relieved he doesn’t judge her and eventually suspects that might be because he too, carries past shame. As they scrape, sand, and repair together, at 38 years old, Kate clings to her first true friendship and tries not to do what she always does: screw it up.

ALL THE MOMENTS IN BETWEEN is book club fiction about a woman who uses all the wrong strategies to cope until they no longer work and she has to learn to heal. I’m currently querying agents.

I recently got rid of my car, apartment, and just about everything I own and launched a digital nomad journey. My plan is to travel the world by attending writer’s retreats and of course, share what I learn along the way. Please visit https://www.suzannecasamento.com/ to find out where I am and what I’ve discovered.

This episode is sponsored by Formatted Books https://formattedbooks.com/?ref=38&campaign=TheRV&FormattedBooks

How To Organize Your Way to Success

All That Glitters Is Not Gold: Financing Life Insurance