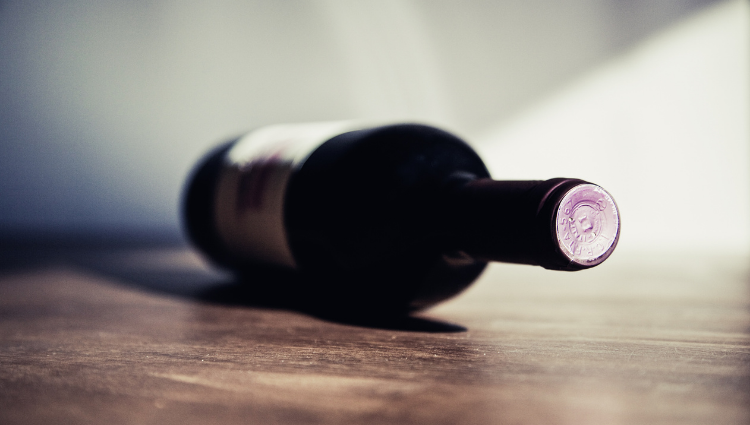 Pernod Ricard is delighted to announce the signing of a minority stake investment in Sovereign Brands and its portfolio of fast-growing super premium wine and spirits brands. Sovereign Brands is a family company founded by brothers Brett and Brian Berish, who are among the industry’s most innovative and creative builders of beverage brands, with a proven history of brand creation.

Since 2000, Sovereign Brands has built a unique portfolio of forward-thinking brands in their respective categories across the world and especially in the world’s leading market, the USA. Sovereign’s most emblematic successes include Luc Belaire, a French sparkling wine, and Bumbu, a range of rum products from the Caribbean. Brazilian gin McQueen and the Violet Fog and Villon, an exquisite French liqueur, are also part of Sovereign’s diverse portfolio.

The two groups will continue to operate independently as the agreement does not provide for changes in Sovereign’s day-to-day operations, management, or distributor network. This investment is a first step of a long term partnership aimed at creating business opportunities between Sovereign Brands and Pernod Ricard in the future, such as exploring potential common industrial and commercial projects.

“Sovereign Brands has demonstrated exceptional innovation and marketing skills. We are thrilled to partner with Brett and Brian Berish, two of the most innovative entrepreneurs of our industry” says Alexandre Ricard, CEO of Pernod Ricard.

Brett Berish, CEO of Sovereign Brands, stated : “Pernod Ricard is at the forefront of our industry for a reason: they are simply the best. We’re beyond excited to work with Alexandre Ricard and his talented team.”

Pernod Ricard is the world’s No 2 in wines and spirits with consolidated sales of 8,824 million in FY21. Created in 1975 by the merger of Ricard and Pernod, the Group has undergone sustained development, based on both organic growth and acquisitions: Seagram (2001), Allied Domecq (2005) and Vin&Sprit (2008). Pernod Ricard, which owns 16 of the Top 100 Spirits Brands, holds one of the most prestigious and comprehensive brand portfolios in the industry, including: Absolut Vodka, Ricard pastis, Ballantine’s, Chivas Regal, Royal Salute, and The Glenlivet Scotch whiskies, Jameson Irish whiskey, Martell cognac, Havana Club rum, Beefeater gin, Malibu liqueur, Mumm and Perrier-Jouët champagnes, as well Jacob’s Creek, Brancott Estate, Campo Viejo, and Kenwood wines. Pernod Ricard’s brands are distributed across 160+ markets and by its own salesforce in 73 markets. The Group’s decentralized organization empowers its 19,000 employees to be true on-the-ground ambassadors of its vision of “Créateurs de Convivialité.” As reaffirmed by the Group’s strategic plan, “Transform and Accelerate,” deployed in 2018, Pernod Ricard’s strategy focuses on investing in long-term, profitable growth for all stakeholders. The Group remains true to its three founding values: entrepreneurial spirit, mutual trust, and a strong sense of ethics, as illustrated by the 2030 Sustainability and Responsibility roadmap supporting the United Nations Sustainable Development Goals (SDGs), “Good times from a good place.” In recognition of Pernod Ricard’s strong commitment to sustainable development and responsible consumption, it has received a Gold rating from Ecovadis. Pernod Ricard is also a United Nations’ Global Compact LEAD company. Pernod Ricard is listed on Euronext (Ticker: RI; ISIN Code: FR0000120693) and is part of the CAC 40 and Eurostoxx 50 indices.

Sovereign Brands is a family-owned, international wine & spirits company headquartered in the USA. The company is owned and operated by brothers Brett and Brian Berish. Sovereign has a portfolio of successful brands including Luc Belaire, a smash-hit line of French sparkling wines, which has earned global acclaim for its exquisite taste and striking packages, and is available in more than 80 countries around the world. The company’s portfolio also includes McQueen and the Violet Fog, an extraordinary gin from Jundiaí, Brazil, and Bumbu, a critically-acclaimed line of rum products. Sovereign’s newest release is Villon, an exquisite French liqueur. The company is planning to launch new brands and extensions to its portfolio in 2022 and beyond.

Creating a Thriving Small Business is as Simple as ABC