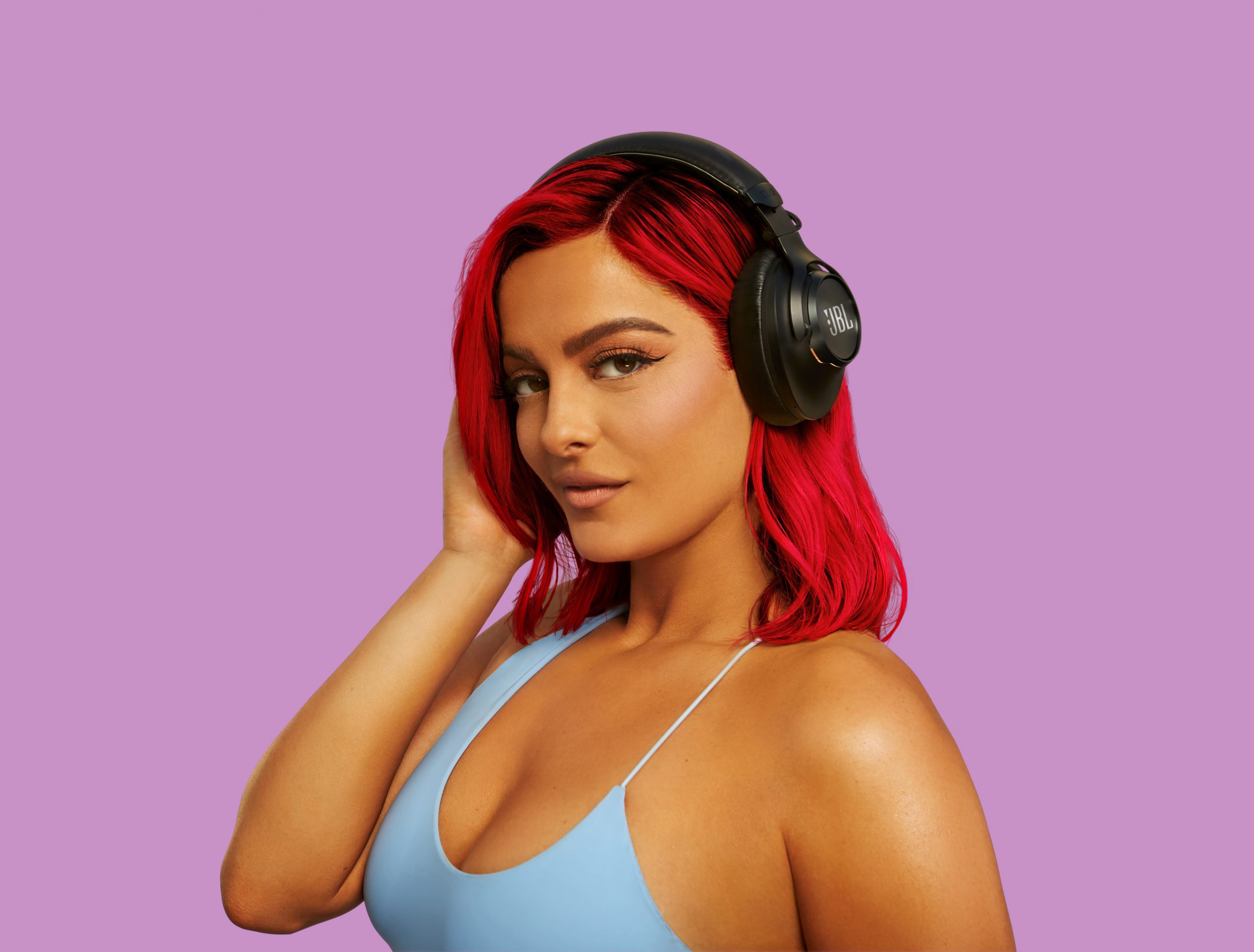 Today, Diamond-selling and two-time Grammy®-nominated singer and songwriter, Bebe Rexha, becomes the newest addition to the JBL ambassador lineup. An international music sensation, Bebe has been a true friend and long-time fan of the storied audio brand and will debut in her new role in an upcoming holiday campaign, commercial promo and an exclusive performance at JBL Fest 2021, an immersive entertainment experience that welcomes guests from around the globe.

Bebe is a force to be reckoned with. She has accumulated over 12 million overall single sales and more than 10 billion total global streams. She has also amassed over 2.6 billion YouTube views and counting as of 2019, with her latest hits smashing Billboard’s charts and streamed by billions of listeners around the world. In addition to her lyrical contributions to some of the industry’s finest recordings, she is known for collaborating with the hottest artists worldwide, running the gamut from R&B to alternative rock and even country. One of the youngest artists to receive the National Academy of Recording Arts and Sciences’ Best Teen Songwriter Award, Bebe formally burst onto the scene the following year when she wrote “Monster,” a worldwide hit for Eminem and Rihanna that was certified 6x-platinum by the RIAA. Bebe also wrote and performed the chart-topping smash “Meant to Be” (featuring Florida Georgia Line), now RIAA Certified Diamond; the song was #1 on the Billboard charts for a record-setting 50 straight weeks. In conjunction with Grammy® Week 2019, Bebe launched the Grammy® Music Education Coalition’s (GMEC) national campaign on behalf of its new All-Star Ambassador program, whose members also include Luis Fonsi, Rita Ora, Kristin Chenoweth, Regina Spektor and others. Bebe’s next single, “Baby, I’m Jealous” (feat. Doja Cat) will be released on Friday, October 9, 2020, along with a video directed by Hannah Lux Davis.

“After performing at last year’s JBL Fest in Las Vegas, I realized that this brand has the same passion and drive to elevate the music experience that I do,” said Bebe Rexha. “JBL headphones and speakers produce the kind of sound that fans all over the world enjoy, which makes this partnership a great opportunity to connect with such a devoted fanbase.”

Bebe will be the face of an upcoming JBL campaign, showcasing the moments when sound fuels her throughout the seasons. She will also be starring in the brand’s latest TV commercial, centered around living life colorfully and dedicated to JBL’s latest true wireless headphones. Additionally, Bebe is the first artist to be announced that will headline JBL Fest 2021, with more performers and appearances yet to be revealed.

“Bebe’s energetic approach, dedication and irrefutable connection to her fans make her an ideal fit for the JBL brand,” said Ralph Santana, Chief Marketing Officer at HARMAN. “We’re thrilled to have her join us as the newest addition to the JBL team and look forward to collaborating.”

Bebe Rexha joins a star-studded roster of JBL brand ambassadors and partners from music to sports and entertainment, including the most-nominated musician and producer in GRAMMYs history, Quincy Jones; world renowned DJ and producer, Armin van Buuren; Indian music mogul, A.R. Rahman; global pianist and philanthropist, Lang Lang; 2017 American League Rookie of the Year and MLB star, Aaron Judge; as well as NBA stars, Giannis Antetokounmpo, Andre Drummond, Zach LaVine, and Kemba Walker, among others. In addition to these partnerships, JBL is the official sound partner of The Recording Academy and the official headset provider for gaming organization, 100 Thieves.

JBL creates the amazing sound that shapes life’s most epic moments. From iconic events like Woodstock and concerts at Madison Square Garden, to games at Yankee Stadium and weekend road trips, JBL elevates listeners’ experiences with award-winning audio that lets them make the most of every moment. Used by some of the world’s greatest musicians and elite athletes in basketball, baseball and esports, JBL has unmatched professional credentials and over 70 years of delivering industry leading innovation. JBL is the authority in engineering superior sound.

HARMAN International (harman.com), a wholly-owned subsidiary of Samsung Electronics Co, LTD., designs and engineers connected products and solutions for automakers, consumers, and enterprises worldwide, including connected car systems, audio and visual products, enterprise automation solutions, and services supporting the Internet of Things. With leading brands including AKG®, Harman Kardon®, Infinity®, JBL®, Lexicon®, Mark Levinson® and Revel®, HARMAN is admired by audiophiles, musicians and the entertainment venues where they perform around the world. More than 25 million automobiles on the road today are equipped with HARMAN audio and connected car systems. Our software services power billions of mobile devices and systems that are connected, integrated and secure across all platforms, from work and home to car and mobile. HARMAN has a workforce of approximately 30,000 people across the Americas, Europe, and Asia.