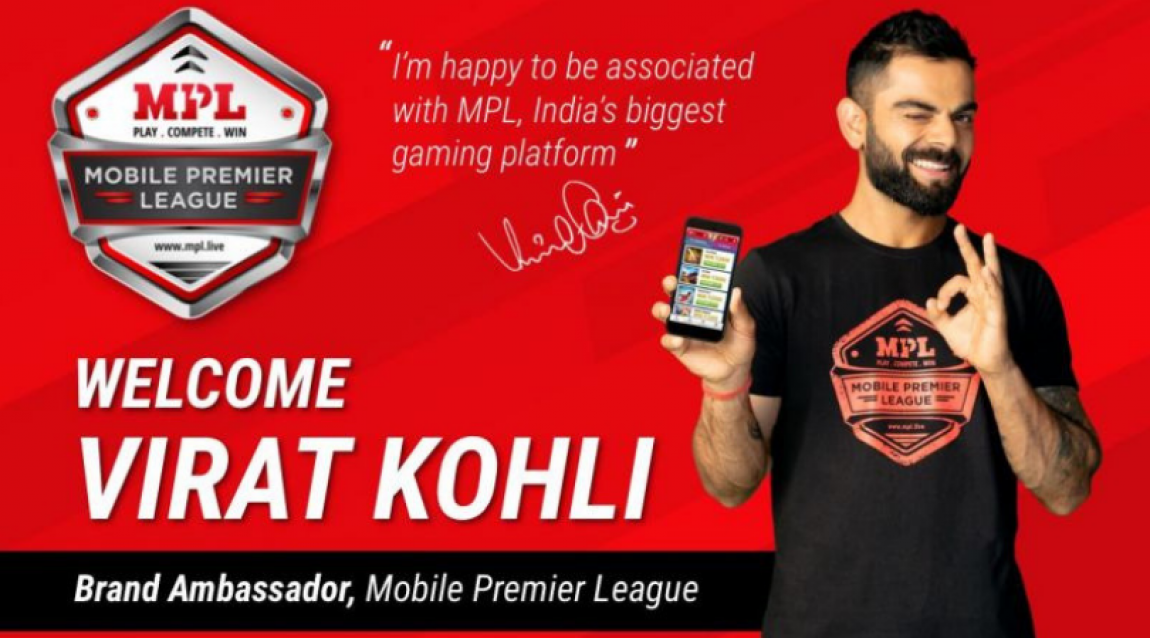 On Monday, Mobile Premier League (MPL), India’s fastest growing Mobile eSports platform, announced Indian cricket captain Virat Kohli as the brand ambassador. The Indian skipper is going to be a part in a series of multi-channel marketing and promotional activities for the brand.

MPL is ruling in the cutthroat rivalry in the mobile gaming space where users get the chance to participate in a variety of games and play against over tens of thousands of players in the tournament. The app users can access numerous of India’s most loved mobile games on the platform that hosts both tournament and 1v1 style player formats.

The Indian mobile gaming industry, as per the Forbes report, is expected to produce over $1.1 billion and 600 million users by 2020. The games are designed in a way that there is always something exciting to give to the users and anyone can play the game and win.